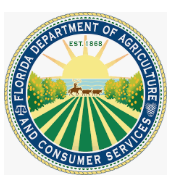 The Florida Department of Agriculture and Consumer Services (FDACS) partnered with the Florida Nonprofit Alliance (FNA) to conduct a survey exploring charitable giving behavior and knowledge of charity verification in Florida. Our survey included 11 questions about giving practices and nine questions on demographics. It was distributed throughout Florida via key agency partners, including FDACS, FNA, FNA’s partners and the American Association of Retired Persons (AARP).

The study found that 98 percent of Florida adults ages 18 and older made charitable donations in the last 12 months. While only 58 percent of those donating to charities said they knew how to verify if a charity is properly registered in Florida, a large majority (85 percent) are researching charities prior to making a donation.

Survey questionnaires were reviewed by University of Florida’s Nonprofit Management and Leadership office. To access the full survey report, visit www.FloridaConsumerHelp.com and click on Charities.

FDACS is responsible for registering charities soliciting in Florida and provides information regarding registration, complaints and financials for charitable solicitors. Anyone with a question about the legitimacy of a charity operating in Florida should visit Check-A-Charity at www.FloridaConsumerHelp.com or call 1-800-HELP-FLA (435-7352) or 1-800-FL-AYUDA (352-9832) en Español.