March is Women’s History Month 2021, and the Fernandina Observer introduces you to two women and a group of women whose hard work during troubled times made them key figures in our local history:  Chloe Merrick Reed, Mary Martha Reid, and the Sisters of St. Joseph.  There is much more information available about these and other Fernandina women at the Amelia Island Museum of History,  Although the Museum is currently closed for construction, you may search their online archives at https://ameliaisland.pastperfectonline.com. 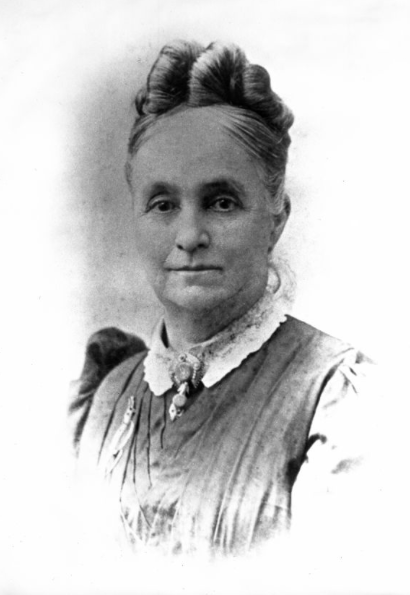 Named a Great Floridian by the state of Florida in 2000, Chloe Merrick was born in Syracuse, New York in 1832. She was 23 years younger than her oldest sibling in a family of eight children.

She and her brothers were influenced by the abolitionist movement, which strengthened from the 1840s, and growing support for women’s suffrage and rights. Her brothers resisted the Fugitive Slave Act of 1850, taking part in freeing a fugitive slave from court to gain him freedom in Canada.

Chloe’s sister Emma had married Ansel Kinne, who was a teacher. Chloe went to live with them and began teaching in the Syracuse public schools. She taught in Syracuse public schools from 1854 to 1856, and 1860 to 1862, as did her sister Emma and her husband Ansel Kinne, who also served as a principal. The three teachers were close throughout their careers.

In 1863 she responded to a plea to help with slaves who had fled to the Union Army lines. Arriving in Fernandina, she found more than 700 African-Americans living  on Amelia Island. She opened a Freedmen’s School where she taught and helped the needy. Merrick also organized the Orphan Asylum at Fernandina and is the only educator cited by name in the Bureau of Refugees, Freedmen and Abandoned Lands monthly education reports from Florida.

In 1869 she married Harrison M. Reed, Governor of Florida, influencing legislation to address social problems, including education and relief for the poor. Chloe Merrick Reed died in 1897. Her Great Floridian plaque is located at the Simmons-Merrick House, 102 South 10th Street, Fernandina Beach. She has been called Florida’s “most famous nurse and Confederate heroine.”  She is best known for serving as the matron of the Florida Hospital, founded in Richmond, Virginia in 1862 to treat convalescing Confederate soldiers from Florida. Her husband, Robert Raymond Reid, served as the territorial governor of Florida from 1839 to 1841. Born in St. Marys, Georgia, she worked as a school teacher in Jacksonville and Fernandina, following the deaths of her husband and her son in 1841-1842.

At the outbreak of the Civil War, her surviving son, Raymond, joined the Confederate Army.  Mrs. Reid traveled to Richmond, Virginia to be near him. Together with Fernandina Dr. Thomas M. Palmer, Mary Martha Reid opened a 150-bed hospital in Richmond in September 1862 to treat Confederate soldiers from Florida. With Reid serving as its matron, the hospital treated over a thousand men in its first year of operation. Her requests for donations and supplies as well as letters of thanks to organizations that contributed aid to the hospital were printed in Florida newspapers, and her nursing work earned her the nickname, “Mother of the Florida Boys.” Tragically, Lt. Raymond Reid died of wounds received in the Battle of the Wilderness on May 7, 1864.

At the war’s end, Mrs. Reid made her way back to Florida.  Her last 15 years were spent in the home of her nephew, Judge Samuel Swann, of Fernandina, Florida where she died on June 24, 1894.

The first Florida chapter of the United Daughters of the Confederacy (organized 1897) was named for her.  In 1900, this chapter placed a memorial window in St. Peter’s Church, Fernandina.

Sisters of St. Joseph in Fernandina

In 1871, Roman Catholic Archbishop Augustin Verot traveled to DePuy, France to recruit nuns to come to Florida to provide religious education to adults and children.  They expanded their educational efforts over the years but also occupied their place in local history as humanitarians who jeopardized their health while helping others during Yellow Fever epidemics of the 1800’s.

The original eight sisters had to first learn English. After that, they began their duties by first teaching children during the day and in night school, the adults. The Sisters supported themselves through selling handmade lace products, private French lessons, and art and music studies.  They first lived in Fernandina’s St. Michael Roman Catholic Church and were provided food by their students and their familiies.  Later they moved to a little house nearby owned by the Bishop.

In the yellow fever epidemic that struck Fernandina in 1877, the Sisters of St. Joseph became the “heroines of the stricken community by bringing sustenance and aid at that terrible time to all in need—Catholic, non-Catholic, black and white.”  As the epidemic raged, the Sisters of St. Joseph risked their lives, working around the clock, night and day, as they nursed everyone infected, regardless of race, religion or social class. They offered comfort and prayers for the sick and dying, as well as helping to bury the dead. A tending physician stated, “You have, my Sisters, more courage than a soldier on the battlefield.” Other Sisters also contracted the disease and survived. The surviving Sisters went on to found a convent school and a private academy in Fernandina. The Sisters were again called upon to assist in a second yellow fever outbreak in 1888. In that outbreak, 54 Fernandina residents died from the illness.