“This is personal to me – I nearly died,” Rev. Bernard Thompson told the Observer. “I want to do all I can to get people vaccinated. Everyone in the minority community doesn’t have access to the internet.”

Rev. Thompson, a 67-year Fernandina Beach resident who serves as pastor of a church in Folkston, Georgia, is one of a network of local clergymen who are working with the Health Department, Emergency Management, the Council on Aging and others in a collaborative effort to get Covid vaccines into African-American arms.

Rev. Thompson came down with the virus last fall, and had to be hospitalized. Some 90 days later – “to help counter vaccine skeptics” — he got his shots at the Peck Center in one of many vaccine events designed to serve the African-American community. Now he acts as a “resource for names”, making referrals to the Health Department of older African-Americans who want the shots.
“I have people calling me every day asking ‘can you get me on a list?’” he said.

According to Gregory L. Foster, Director of Emergency Management for the county: “We have completed multiple vaccine events which include partnership with local African-American churches and community members. Referrals are being made by these churches across the county, and we always try to offer the vaccine events within close proximity to church neighborhoods.”

In addition to the Peck Center, events have been held at the First Baptist Church in Callahan and other westside African-American churches, and more are planned.

Some 64 percent of Nassau’s seniors have received the vaccine, the fifth highest percentage of Florida’s 67 counties, according to the county Health Department. As of February 24, 6,741 people in Nassau – seniors and healthcare workers — had received their first shot, and an additional 9,330 have received two shots. Of the total of 16,071 people vaccinated, African-Americans numbered 589. African-Americans account for about 6.1 percent of the county’s 88,625 people. People 65 and older make up 22.8 percent of the county population.

In addition to lack of access to computers, barriers to Covid vaccination for African-Americans include lack of transportation and distrust of the medical establishment.

The Council on Aging (COA), with its fleet of busses, is working to solve that problem.

“My dad is 84, and in a wheelchair,” said Janice Ancrum, President and CEO of the Nassau County Council on Aging, who is African-American. “About a month ago, he rode a COA bus to get his shot.”
“All our buses are equipped with wheelchair lifts,” said Mike Hays, the COA’s Director of Transportation, who estimates that his fleet has transported about a hundred people to vaccine sites. He urges anyone who needs a ride to a vaccination appointment to call 904-261-0700 to arrange transportation.

And this week, the Health Department will begin sending a team consisting of a nurse and a technician to conduct home vaccinations around the county for people who cannot leave their homes.

Distrust of the medical establishment is another factor that had to be overcome.

“What’s happened in the past, like the Tuskegee experiments, is still in the minds of a lot of people, “said Bishop Thomas Coleman, pastor of the Third Mount Zion Baptist Church in O’Neill and the New Mount Carmel Baptist Church in Yulee.

The infamous Tuskegee study began in 1932 and went on for 40 years. It enrolled 600 African American sharecroppers in rural Alabama, some with syphilis and others in a control group. The men were promised – but never given – medical treatment, even after penicillin became the standard treatment for the disease in 1947 and was widely available.

To help convince people that the vaccines are safe, the Health Department conducted Zoom sessions for African-American pastors featuring specialist physicians, who explained how the vaccines were made and why they were safe and effective, then answered questions. The pastors have also led by example.

“We encourage them by getting vaccinated ourselves.” Said Bishop Coleman

Everyone interviewed for this article heaped praise on the county health department and its director, Dr. Eugenia Ngo-Seidel.

“She is focusing on the hard-to-serve,” said Ms. Ancrum of the Council on Aging.

According to Mary Von Mohr, the information officer for Florida Health Nassau, the group had a head start in working with the African-American community.

“A few years ago, we started looking at health disparities,” she told the Observer. “We found that some population groups have a higher incidence of certain diseases. For instance, African-American men have a higher incidence of prostate cancer, and are more likely to die of colon cancer. African-Americans also have a higher incidence of diabetes. Our goal is to prevent disease, and we drew up a Community Health Improvement Plan, working with the Interfaith Health Ministry. Many people feel a sense of trust in their churches, so we did a lot of partnering with churches — sending people out to church groups to talk about how to manage diabetes, for example. So, when Covid came along, we were already connected.”

The collaboration will continue when the vaccine becomes available to the general public, she indicated.

“We’re a small community, and we can take care of each other,” she said.

Added Rev. Thompson: “This virus doesn’t discriminate. It will take everybody working together to defeat it.”

Editor’s Note:  Below is an updated vaccine summary provided by the Florida Department of Health. 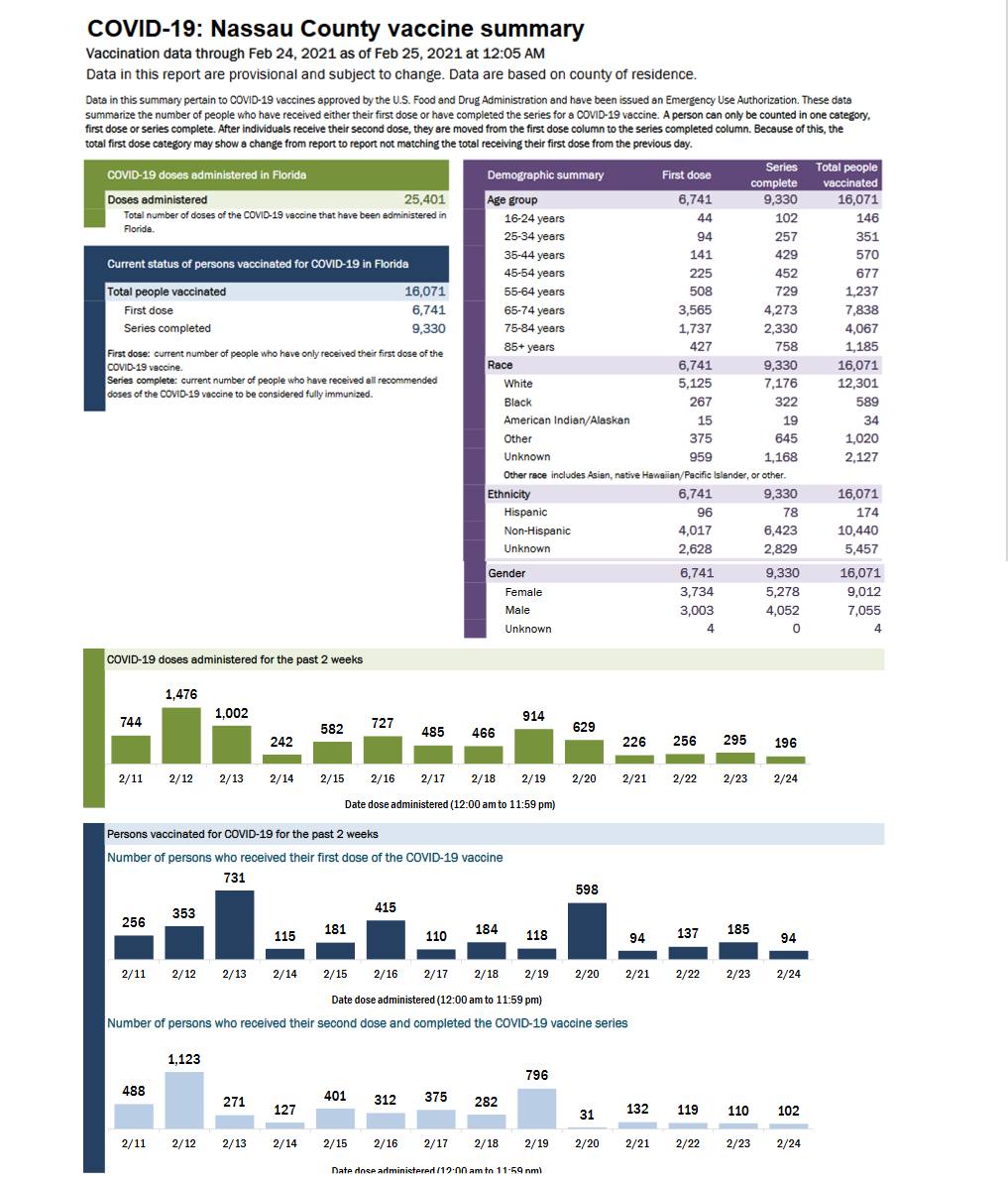 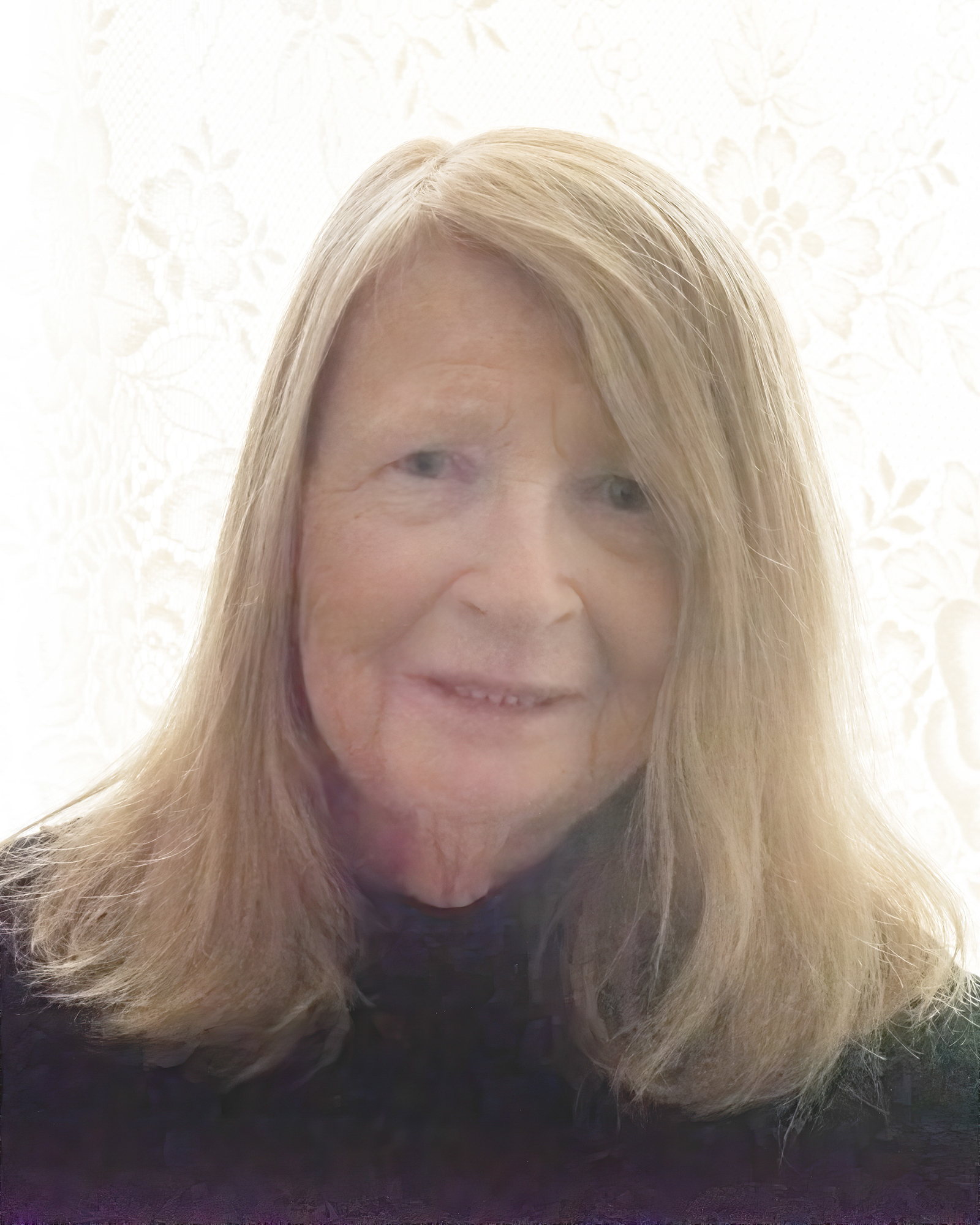