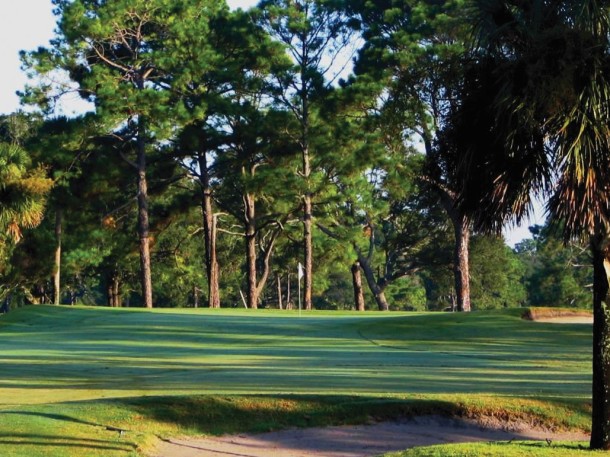 In my previous article, I discussed the effect of one man, Karsten Solheim, on the development of golf clubs and on the playability of golf clubs. Karsten had created a huge demand for his brand of clubs. In addition, Ping golf clubs were limited to 5 sets per month per account plus, on some occasions, 1 or 2 sets more for special orders. It was a brilliant marketing plan, as these clubs were in high demand. They were unconventional when compared to the older styles. The older styles were called “muscle-back” clubs because the size of the “sweet spot” was the size of a pinhead in the center of the clubface. Any deviation from that center spot caused an errant shot. The further from the sweet spot, the worse the shot result.

For the Karsten Manufacturing Company, growth was exceptional. With a 5-set maximum per account, per month, many golf club professionals found that demand was not met by supply. Karsten’s allegiance to the “concrete golf shops” in Manhattan, New York continued. The initial willingness of those City shops when he first started selling his putters, exempted these shops from the requirement to be at any open-air facility. It didn’t seem to matter whether or not they had a PGA Golf Professional on their staff. There was also that yearly price increase that occurred when a new model was introduced. The older Ping models that were still in production were offered at the old price until the new models came out. Then, pricing for all models was increased to the price of the new model. With the 5-set per month quota, accounts couldn’t “load up” on the number of older models to gain any significant price advantage.

However, prices were increasing and, for many golf club manufacturers, golf sales were stagnant, again. Next, another significant occurrence changed the golf club market.

The City of Newark, Ohio has played an integral part in the manufacture of golf clubs, beginning in 1910, when William Burke established the Burke Golf Shaft Company. Mr. Burke, in 1913, patented “a new endgrain wood head” “His innovation, which placed the grain of the entire body of the head at right angles to the striking surface, increased by 30 to 50 yards the distance which a player could hit a golf ball”. (The previous quotes are a part of a contributing entry for “The Works: Ohio Center for History, Art & Technology”, published at Clio.com.)

There were several key players in the golf club industry in Newark, Ohio. A few of these players, such as Jim Shea, Ralph Maltby, Joseph Altamonte Sr. and Jr., were some of the key players in the Industry of Custom Golf Club Manufacturing. Mr. Tom Wishon, whom I studied under at the Dynacraft Golf Corporation, was the “guru of golf shaft research” at that time (in my opinion), I never met Ralph Maltby when I was attending classes at his Golfworks operation, as he had other commitments that week. It was Jim Shea who granted me the license given to “the top club-fitter in the area” (according to Jim) that allowed me to operate under his auspices, for which I am greatly indebted, at the Bob Toski Golf Company.

There were other parts of this advancement in the manufacture of “custom golf clubs” in the United States. In my next article, this advancement in the development of golf clubs came with many interesting events. It was a time full of controversy and should be part of this important discussion for golfers from beginners to professionals. I’ll call this article, “Custom Golf Clubs from Beginning to the Present”.

I am Alan Prescott. I am honored for the opportunity to be able to contribute to the Fernandina Observer. I can be reached, for your comments and suggestions at [email protected]

I also want to thank the writer(s) at Clio.com for their wonderful accounting of the history of golf in Newark, Ohio. I have quoted several integral passages from their online offerings herein.

Editor’s Note: Alan Prescott reached out to us after reading a recent article on the Fernandina Beach Golf Course. His articles are being well received by golfers and non-golfers. We thank Alan for his contribution to the Fernandina Observer.A