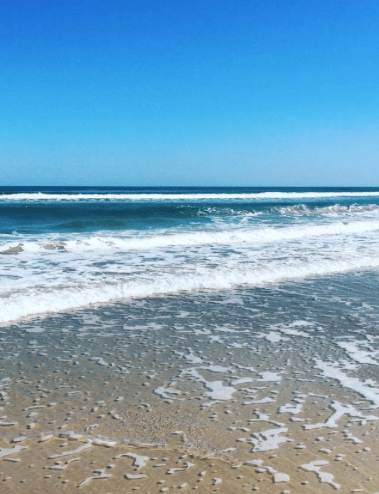 A few scattered Florida beaches remain legally open with restricted access while others across the state permit activities such as walking and exercising.

A Scripps Institute researcher is warning governments to keep people off all beaches because the same breeze-salted spray from breaking waves many cherish could be tainted with coronavirus – and infectious beyond 6-foot social distancing protocols.

“It’s not going to kill you” to avoid the beach during the COVID-19 pandemic, “but it could if you go out there and get in the wrong air,” said atmospheric chemist Kim Prather, director of Scripps Institution of Oceanography’s Center for Aerosol Impacts on Chemistry on the Environment in La Jolla, Calif.

Prather told The Associated Press she fears SARS-CoV-2, the virus that causes COVID-19, is filtering into coastal waters similar to the way bacteria, pathogens and effluent do when washed into waterways and, eventually, the ocean, by heavy rains.

The ocean’s tidal sway and shifting currents churn particulate and microscopic pathogens that are aerosolized atop shore-broken waves and sprayed into the air on the beach and beyond.

Prather said SARS-CoV-2 is a “hydrophobic” lipid membrane. As a fat, it ascends to surfaces, is buoyant enough to hover and travel further through the air than first thought, she said.

Foam and bubbles left in a wave’s wake contain “all that stuff – the viruses, the bacteria, pollutants, all the gooey, oily stuff,” she said. The surf “just launches it into the air.”

Prather, whose research is backed by a $40 million National Science Foundation grant, said the 6-foot distancing protocol is inadequate on the beach.

“The signs tell you don’t walk on the beach, don’t swim, don’t surf, but nobody tells you: ‘Don’t breathe,’” she said.

Most Florida beach closures preclude sunbathing, swimming, picnicking and activities that congregate people. Many, however, do not prohibit jogging, dog-walking, beach-combing and other transitory activities.

The sanctions were imposed to curtail their crowd appeal, not because beaches themselves, even empty, could be dangerous.

Nearly all local beaches have been placed off-limits by county and municipal governments, although those in several Panhandle counties, where relatively few COVID-19 cases are reported, remain open, including Dixie and Levy.

Volusia County Thursday made its beaches off-limits but, on Saturday, loosened restrictions to allow walking, jogging, biking, fishing, surfing and swimming on county beaches, including Daytona Beach. Sitting and sunbathing are still not allowed, the county website states.

Monroe and Brevard County beaches remain open in unincorporated areas to residents only without restrictions other than maintaining distancing protocols.

The resident restriction is enforceable on the Florida Keys, but not so in Brevard County, say 16 mayors in requesting county commissioners close beaches to all activity but walking, jogging, biking, fishing and surfing.

All state beaches and parks are closed. In issuing his statewide “safer-at-home” directive, Gov. Ron DeSantis did not shut down local beaches, although he closed Palm Beach, Broward and Miami-Dade county beaches by executive order a week earlier.

DeSantis must declare all beaches off-limits, say two North Florida attorneys who filed a lawsuit seeking an injunction requiring the governor to do so Wednesday.

Gaultier Kitchen and Daniel Uhlfelder maintain DeSantis’ “safer-at-home” directive is vague and does not close the beaches.

“What the governor says about his order” is not “necessarily in the order. There is just too much ambiguity in the whole thing,” Kitchen said.

DeSantis’s lawyers say the lawsuit is based on a “baseless assertion,” that the governor should not be deposed by Uhlfelder during an emergency and asked it be dismissed.