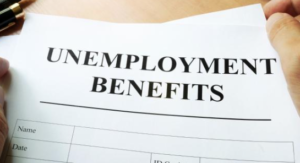 (The Center Square) – The Florida Department of Economic Opportunity reported Monday that only 40,193 of 649,314 unemployment claims filed by state residents over the past month have been paid.

That 649,314 figure may be far below the actual number of newly jobless Floridians.

DEO said as many as 800,000 applications, including some that could be duplicate claims, are waiting to be processed, and there could be tens of thousands more who have been foiled in their attempts to file claims after the DEO was overwhelmed and its system paralyzed by the response to the COVID-19 pandemic.

DEO said 162,039 claims have been processed with applicants expected to receive checks this week.

Thus far, according to the agency, nearly $60 million in unemployment payments have been issued.

DeSantis, however, continues to resist calls to increase Florida’s $275 weekly cap on unemployment benefits and extend it beyond 12 weeks, maintaining he does not have the executive authority to do so.

With resources and manpower beefing up DEO’s capacity to, hopefully, whittle back the backlog of claims and process new applicants with greater alacrity, the governor said the next step in relief will focus on small business owners.

According to DEO, only 945, or 3 percent, of 38,000 applications for the one-year, no-interest $50,000 emergency loans were approved, with about 815 separate business owners receiving loans and 60 securing multiple loans, raising eyebrows.

“I believe we owe it to all 38,000 applicants to be as transparent as possible,” she wrote, later telling the Orlando Sentinel, “I’m trying to get to the bottom of the small business loans, and what went down.”

Stewart said DeSantis must find funding to help small businesses, or lawmakers should do so, perhaps in a special session.

A new federal stimulus plan that would pump another $310 billion into a federal loan program for small businesses was expected to be presented in the U.S. Senate on Monday.

As with Florida’s program, the federal Paycheck Protection Program ran out of money last week.