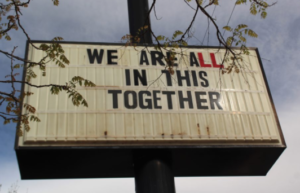 (The Center Square) Florida may have passed its peak in daily COVID-19 deaths and hospitalizations in early April, according to the Institute for Health Metrics and Evaluation (IHME), which originally projected a late April apex.

On April 2, the Florida Department of Health (DOH) reported 77 people in the state died from the disease. That remains the highest single-day toll.

The following day, DOH confirmed 1,304 new COVID-19 cases. That also remains the peak single-day number for new cases, which have “plateaued” or declined on a daily basis since.

According to the DOH’s COVID-19 website, as of Tuesday morning, 27,058 people in Florida have tested positive for the disease, with 4,000 hospitalizations and 823 deaths.

IHME, which is based at the University of Washington in Seattle, originally had forecast the disease would kill 4,748 Floridians by Aug. 4 with 128 Floridians dying per day at a peak May 6.

That forecast has been revised downward several times with the IHME model now projecting the death toll will be 1,363 by Aug. 4.

Surgeon General Scott Rivkees told reporters Monday the state was “essentially at a plateau” in the curve of daily new cases.

The downward revision adds momentum to Gov. Ron DeSantis’ efforts to plot out the state’s return to normalcy and economic recovery.

According to the governor’s office, the task force will meet each day this week in different breakout groups and submit a first round of findings Friday.

DeSantis said the task force’s first priority will be to develop short-term recommendations with three stages corresponding to the White House’s Opening Up America Again framework.

Testing will be the key to recovery, the governor reiterated. The state expects to receive a shipment of 100,000 antibody tests, produced in China, this week.

In the absence of a vaccine, the availability of rapid testing for employers would provide some assurances to customers that the risk of infection is low and, convincing people to patronize businesses such as restaurants, DeSantis said.

People are “just frightened to the dickens,” he said.

The Florida Chamber of Commerce gave a presentation on the state’s economic outlook during Monday’s teleconference.

According to the chamber’s worst-case scenario, with 20 percent of the state’s tax revenues generated by tourism and nearly 80 percent of the budget’s general revenue from sales taxes – both expected to plummet dramatically – the state’s economy may not recover until the second quarter of 2024.

“I hope you will please consider that the whole world is watching us,” Wilson said. “They are watching Florida and they’re looking for your recommendations.”