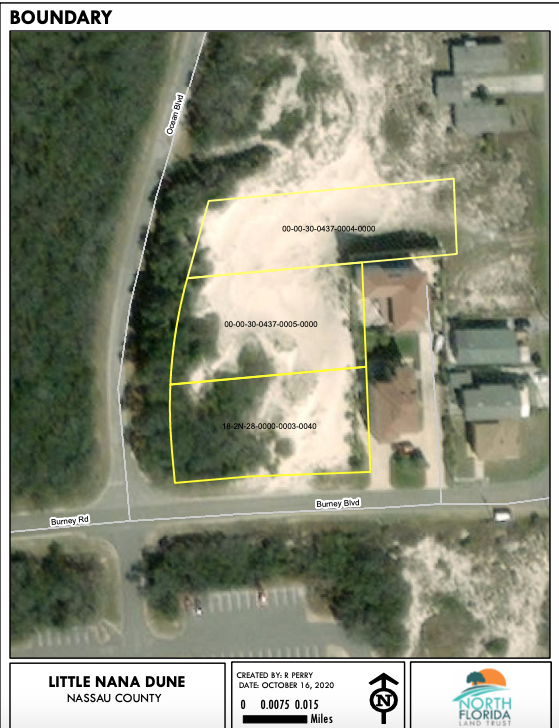 Jacksonville, Fla., Dec. 9, 2020 – North Florida Land Trust has entered into a contract to acquire and preserve three parcels of land that make up a portion of the Little NaNa Dune system in historic American Beach. The nonprofit land conservation organization must now raise just over $1.3 million to purchase the properties and protect the ecological and historically significant land. The land is owned by individuals that could have developed the property. NFLT negotiated with the landowners who agreed to sell the property to the nonprofit.

The nonprofit is now asking donors to help fund the purchase

“Little NaNa Dune is an important part of historic American Beach’s natural landscape and also an important habitat for wildlife like gopher tortoises and migrating birds,” said Jim McCarthy, president of NFLT. “Preserving this land will protect this dune system from any harm that could have been caused by development and will keep the natural beauty of this historic community.”

Little NaNa Dune is part of the system in historic American Beach on Amelia Island that includes NaNa Dune, the tallest dune in Florida that is currently owned by the National Park Service. Preserving Little Nana Dune prevents these stunning properties from becoming houses and creates continuity with Burney Park and NaNa Dune. NFLT is asking the community for help with the cost of the acquisition and is raising money through the Amelia Forever Campaign. Donations can be made at www.nflt.org/ameliaforever.

NaNa Dune was named by the late MaVynee Betsch, known as “The Beach Lady”, who was a descendent of the founder of American Beach. Betsch was an activist for the preservation of the natural integrity of the historic Black community which was founded in 1935 to give African Americans beach access during the days of segregation. Her efforts to preserve NaNa Dune led to its inclusion in the Timucuan Ecological and Historic Preserve and the addition of a historic marker at the site.

American Beach was founded by Abraham Lincoln Lewis, president of Afro-American Life Insurance Company and Florida’s first Black millionaire. He bought 33 acres of shorefront property on Amelia Island and invited African Americans to enjoy the beach and offered parcels for sale to the Black community. A.L. Lewis and the Pension Bureau of the Afro-American Life Insurance Company purchased the first 33 acres of American Beach in 1935. He then acquired additional acreage through two more purchases, one in 1936 and another in 1946 bringing the total number of acres of American Beach to 216.  American Beach was a popular tourist destination for African Americans for many years. After the passing of the Civil Rights Act, tourism in the area declined. In 2002, the original beach property was added to the U.S. National Register of Historic Places. The American Beach Museum opened in 2014. The nonprofit Friends of American Beach, along with community leaders, have been leading the charge for revitalization in the area. “NFLT is excited to work with the Friends of American Beach and others in support of the shared vision to care for and protect the ecology and cultural heritage of American Beach,” McCarthy said. 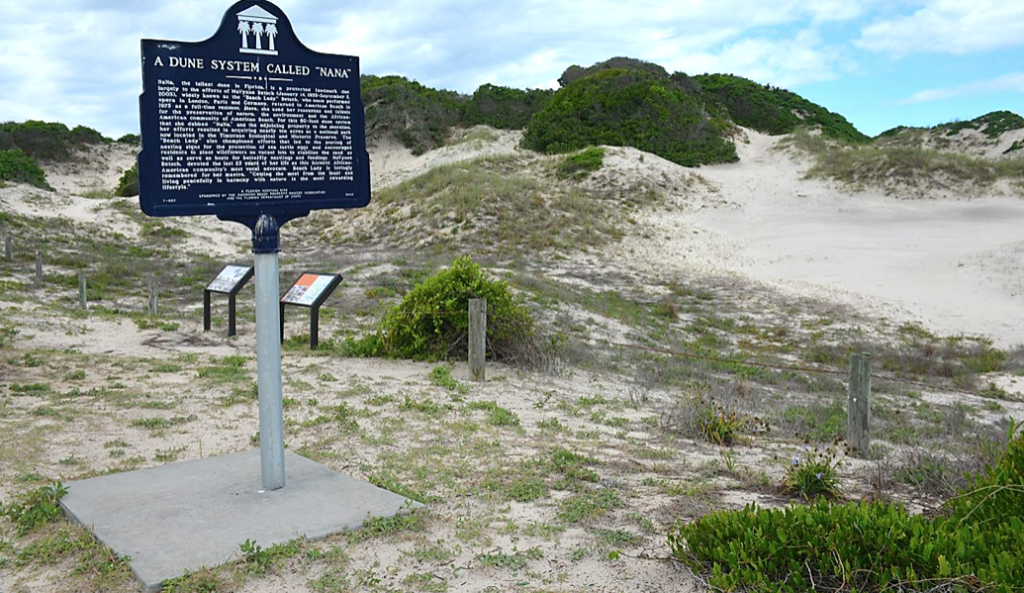