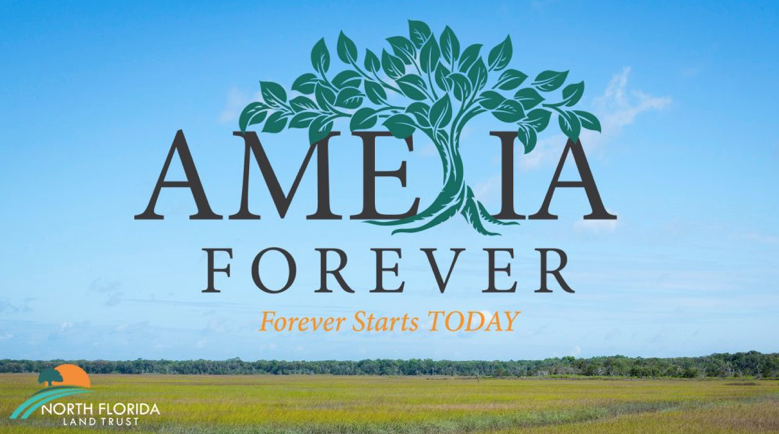 North Florida Land Trust is asking for donors to join them to meet a $100,000 match issued by lead donors to the Amelia Forever Campaign. The nonprofit land conservation organization started the campaign in 2019 to raise money to acquire the remaining natural spaces that exist on Amelia Island. The acquisitions would ensure the land would be preserved forever.

“This is an opportunity to double the impact of your donations to save the wildlands on Amelia Island,” said Jim McCarthy, president of NFLT. “These lands are precious and we need to preserve them today to make sure they are still here tomorrow. We have identified more than 450 acres of vital lands that are still in need of protection. We hope you will help us achieve these goals.”

NFLT has been working closely with the City of Fernandina Beach to preserve natural lands and is currently raising money to purchase a 3.1-acre property that will protect a maritime hammock forest that buffers Egan’s Creek Greenway to the west and the Atlantic Ocean to the east. Preserving it will prevent two large homes from being built along the greenway and protect the habitats of many wildlife including wading birds, gopher tortoises and bobcats. It will also provide public access to trails connecting two neighborhoods to the beach.

The City of Fernandina will pay half of the total cost and NFLT will pay the remaining 50 percent through donations from the community. Donations can be made to help reach the $100,000 goal by mailing a check with Amelia Forever in the memo to NFLT to 843 W. Monroe Street, Jacksonville FL 32202. Donors can also give online at www.nflt.org/ameliaforever or contact Genevieve Fletcher at [email protected] or (904) 479-1962.

The Amelia Forever Campaign is focused on raising money for conservation on Amelia Island. The campaign has raised $528,000 since its inception and has helped to preserve three properties; 3.3 acres along Citrona Drive, 5.9 acres on North 11th Street and 1.58 acres also on North 11thStreet. Beyond NFLT’s partnership with the City of Fernandina Beach, important properties outside of city limits on the Island have been identified and will be announced later this fall.

NFLT would like to thank all the people who have donated to Amelia Forever to date, with special appreciation to the following lead donors; John and Maureen Ausura, Jean Drapeau and Leon Kumpe, Bill and Anne Gower, Becky and Tommy Grimes, Pam and Joe Hart, Corky and Andrea Hoffman, Susan and Stephen Kaye, Michel and Heidja Kruse, the Susan E. Laird Revocable Living Trust, Jo-Ann and Stephan Leimberg, Connie and Ken McDaniel, Sally and Tony Perez, Ron and Janet Pfeffer, and Genie Rostad.

North Florida Land Trust is a not-for-profit organization that seeks to protect the natural resources, historic places and working lands (farms and ranches) throughout north Florida. Founded in 1999, NFLT has preserved tens of thousands of acres of land through donation or purchase of land as well as conservation easements.  NFLT is funded largely by private and corporate contributions and works closely with willing landowners and public agencies at all levels of government, not-for-profit partners, and foundations.