Most beaches in Florida are closed, but they are slowly starting to reopen.

While Florida leaders caught flak for leaving many beaches open during spring break, the COVID-19 pandemic eventually led nearly every coastal government in Florida to quarantine the dunes.

But some communities are ready to reopen the beaches now. So where can you find crowds in the sand unconcerned with spreading the novel coronavirus?

Bay County Commissioners voted to reopen beaches in unincorporated areas as of April 24 in a transitional phase, according to WJHG-TV. Beaches will be open 6 to 9 a.m. and 5 to 8 p.m. each day for the foreseeable future, after being closed to all used. The Panama Beach City Council voted to open its beaches the same day, limiting use to the same hours, according to WFSU. Meanwhile, Mexico Beach City Council previously voted to reopen the beaches for limited hours and activities, according to the Northwest Daily News. Essential activities like swimming, running, fishing, walking, biking, hunting, and hiking from 6 to 9 a.m. and from 5:30 to 7:30 p.m.

County Commissioners voted to close down Pensacola Beach and Perdido Key Beach, according to the Pensacola News Journal. While the initial plan was to reopen on April 2, the paper has since reported the closure will likely last through the state of emergency. Commissioners are expected to discuss the beaches again on April 28.

County commissioners on April 21 voted to open public beaches again for recreational use starting May 1, reports the Pensacola News Journal. The Okaloosa County Health Depatment said the beaches will have limited hours, opening from 6:30 to 9 a.m. and 4:30 to 7 p.m.

County Commissioners voted open Navarre Beach for limited periods beginning on May 1, reports the Pensacola News Journal. At that point, visitors can use the beach for active and essential uses from 2:30 to 7:30 p.m. The beach has been closed since March 21. Commissioners said the restrictions will be in place at least two weeks for the county considers a next phase in re-opening the beach.

All public beaches in the county have been closed, according to ABC 13. The closure just withstood a test in court. But County Commissioners have directed legal staff to bring the issue back before the board on April 28, when they will consider reopening the beaches on May 1.

There have been no park or beach closures announced at Visit Dixie County or the county government website.

As of March 27, Franklin County Commissioners closed all beaches in the county. The emergency ordinance has since been extended and beaches will be closed for the duration of that order, which is reevaluated regularly.

There’s no complete shutdown of recreational facilities listed on the county website. However, the popular destination Cedar Key has travel restricted so only residents and those with reservations in advance can freely come and go from the island, and visitors are not allowed. No new reservations are allowed at this time.

County Commissioners held an emergency meeting and closed county parks and beaches effective March 27. The county later closed all but the Keaton Beach boat ramp, which is only open for commercial fisherman, according to the county.

County Commissioner Ralph Thomas announced Shell Point Beach and Mashes Sands Beach have fully opened for all uses, WCTV reports. The beaches had been closed since sunset March 23, according to Visit Wakulla.

The county closed its beaches per CDC guidelines as of March 19.

Four beaches run by the city of Tampa have been closed, including Ben T. Davis Beach, Cypress Point Park, Davis Islands Seaplane Basin and Picnic Island Park. All beaches and parks in unincorporated Hillsborough County closed as of March 28, according to WUSF.

All beaches in the county were closed by the County Commission starting March 20, according to the Tampa Bay Times. The county website said some beaches were originally scheduled to re-open April 7, but county officials said the situation will be addressed and the closures will be extended through the duration of the state of emergency. The beaches remain closed. All parking along the 35 areas of public beaches have also been closed. Clearwater Beach, which is within city jurisdiction, will stay closed. County officials rejected calls in mid-open to reopen beaches and private pools.

Charlotte County Commissioners have authorized county administration to open the beaches on April 27, or sooner if Sarasota County opens its beaches, according to County Commissioner Bill Truex. The beaches would be open to exercise and walking, and potentially sunbathing. But as officials would open earlier following neighbors’ lead, the county said it would likely not open the beaches if all other area destinations remain closed. County beaches have been closed down in Charlotte County since March 22, with deputies threatening $500 fines to those breaking the rules, according to NBC-2.

The City of Naples closed its beaches as of March 18, and Collier County followed suit, closing its beaches down on March 19, according to the Naples Daily News.

All beaches in the county, including on Fort Myers Beach, Captiva and Sanibel Island, are closed until further notice and a LeeTran trolley ceased service as of March 19, according to the Lee County Visitor and Convention Bureau.

County leaders elected to close down all beaches, including those on barrier islands like Anna Maria Island, starting on March 20, reports the Sarasota Herald-Tribune.

County Commissioners voted to open the beaches to essential physical activity like walking, surfing and fishing starting April 27, but parking lots will remain closed. Cities are still able to close down beaches in municipality, and Venice officials suggest that is likely there. But the decision reopens Siesta Key to limited activity. The City of Sarasota announced that Lido Key will remained closed until COVID-19 cases decline in the north end of the county.

Deerfield, Lauderdale-by-the-Sea and Pompano Beach all closed beaches starting March 18, according to Local 10 News. Gov. Ron DeSantis ordered the rest of the beaches in the county closed as of March 20.

County Commissioners closed all public county beaches as of March 22, according to WPTV.

Mayor Carlos Giminez on March 19 ordered all beaches closed in the community, the first South Florida jurisdiction to do so. And while me has discussed developing a plan to reopen parks, Giminez made clear beaches are not planned to reopen yet in the Florida County with the most cases of COVID-19.

County Commissioners starting March 24 imposed limitations so only Florida Keys residents and limited workers could access the string of islands via U.S. 1. Gov. Ron DeSantis on March 30 issued a safer at home order closing down all non-essential business in South Florida counties until mid-April. But beaches in Monroe, while inaccessible to most, have never been closed. But municipalities including Key West have closed beaches within the city, according to Keys Weekly.

Gov. Ron DeSantis issued an executive order closing all Palm Beach beaches as of March 20, originally making the closures last through March 31. But he has since issued a safer at home order for four South Florida counties that will last through mid-April, but that order was later extended statewide. The beach closure in Palm Beach is ties to that order, which will be in place through April. Palm Beach leaders have said they will not reopen beaches until the county reaches its peak in cases.

The county closed down all beaches effective March 23, based on failure of crowds to honor social distancing, according to TC Palm. But officials are discussing the potential of reopening beaches with restrictions the week of April 27.

County officials have decided to leave beaches in unincorporated county open to residents only, according to the Orlando Sentinel. Cocoa Beach, Satellite Beach and Indian Harbour Beach voted to open their beaches to sunbathing while restricting gatherings of five of more, according to Florida Today. Indialantic and Melborne Beach have reopened to limited use for residents only. Other local jurisdictions have closed beaches in Cape Canaveral through April 30, but will allow walking, jogging, biking, fishing, surfing and swimming. Mayors in 16 municipalities have asked for county beaches to close completely, according to Fox 35.

County officials announced that as of April 25 all beaches in the county, including the popular spring break destination of Daytona Beach, are now available to use. Originally, the beaches were closed to all activity including pedestrians walking, but county officials on Saturday loosened restrictions to allow walking, jogging, biking, fishing, surfing and swimming. Sitting and sunbathing are still not allowed.“Conditions continue to remain dynamic,” reads a county website.

County officials announced on April 21 they will open all beaches for “physical and mental health activities.” That includes exercising but not socializing for the moment. For now, the beaches in the unincorporated areas will be open from 7 to 10 a.m. and from 6 to 8 p.m. The City of Flagler Beach has opened its beaches for only that morning block of time.

County officials plan to open beaches on a limited basis on May 6, allowing beachgoers to conduct essential activities like walking and biking between the hours of 6 a.m. and noon, according to News4Jax. The beaches could open sooner if county officials can negotiate coordination with state parks in the area and city officials in Fernandino Beach. The Sheriff’s Office announced the closure of all beaches in the county as of March 22, according to News4Jax. Fernandina Beach city officials closed their beaches on March 21, and have threatened fines for those in violation, reports First Coast News.

St. Johns County beaches are now open from 6 a.m. to noon for physical activity including walking, running, exercise, surfing, biking, fishing, swimming, and other uses that require physical activity. After a viral photo seriously shamed St. Johns County, officials there closed beaches effective March 29, until further notice. Since then, residents have petitioned to have the beaches reopened, but County Commissioners are not ready to fully open, reports The St. Augustine Record. 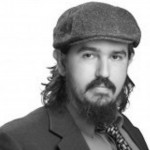 Jacob Ogles has covered politics in Florida since 2000 for regional outlets including SRQ Magazine in Sarasota, The News-Press in Fort Myers and The Daily Commercial in Leesburg. His work has appeared nationally in The Advocate, Wired and other publications. Events like SRQ’s Where The Votes Are workshops made Ogles one of Southwest Florida’s most respected political analysts, and outlets like WWSB ABC 7 and WSRQ Sarasota have featured his insights. He can be reached at [email protected]