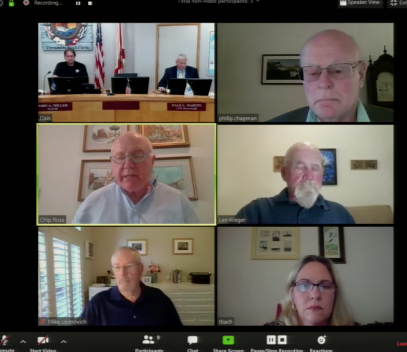 Although no formal vote was taken, two issues high on the community radar were agreed to via consensus: Beach parking at Sadler Road access will open soon, and there will be no voter referendum to purchase land for conservation this year.

Although Commissioners did not seem entirely comfortable at the prospect, in light of citizen complaints and concerns over parking and safety issues at the Sadler Road beach access, all five commissioners agreed that beach parking should be reopened sooner than initially planned (following the Memorial Day weekend). City Manager Dale Martin will consult with Police Chief James Hurley and Fire Chief Ty Silcox to set a reopen date, possibly as early as Friday, May 8.

The original decision to delay reopening was based on concerns over the need to follow CDC criteria with respect to social distancing and avoiding large gatherings of people. Some commissioners noted that following the reopening of the city beaches to beachgoers, there have been no reported problems in that regard. An unintended consequence of keeping cars off the beach seems to be traffic congestion between the beach car access point and the roundabout on South Fletcher. One citizen sent an email expressing concerns that there would be accidents, traffic build up, and possibly personal injury reports as beach season ramps up unless cars were to be allowed to return to park on the beach. Some concerns were also raised with respect to the ability of handicapped visitors to access the beach unless beach parking could be restored.

Commissioners raised concerns that keeping cars off the beach at this point would require more police to be deployed to respond to concerns of beach residents about illegal parking on private property.

Commissioners agreed that the original decision to delay reopening beach parking at Sadler Road was the right decision. But they also reluctantly agreed that the time had come to revise that decision, with the proviso that the ban could be reinstated should Police and Ocean Rescue report problems with the public adhering to CDC guidelines.

Commissioners by consensus backed off their original plan to place a referendum before the voters in November seeking to impose additional taxes to purchase land for conservation. The reversal was made in light of the current economic situation resulting from the COVID-19 pandemic. Commissioner Chip Ross, a strong environmental advocate, expressed his belief that voters would not support such a move when they are seeking ways to lower taxes to alleviate their personal economic plight at this time. Other commissioners agreed.

At this time the County appears to be moving forward with its own conservation land purchase referendum that voters will see on the ballot in November. 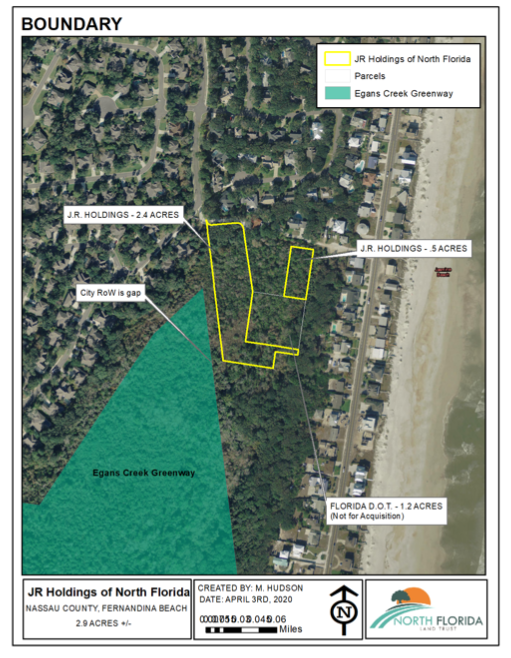 On a related note, the FBCC unanimously passed Resolution 2020-66, which approved two option agreements for sale and purchase of two parcels of vacant, buildable land (approximately 3 acres) adjacent to the Egans Creek Greenway on the east for conservation. The proposed option agreement with JR Holdings, LLC provides the City with six months to exercise the option to purchase parcels near Egans Creek Greenway for the purchase price of $400,000. No other buyers can buy these two parcels during this six-month option period. The City will be responsible for half the total cost of acquiring the properties, and the funds are available in the Land Conservation Fund Land Account. The North Florida Land Trust, which has been working with the city on this purchase, will provide the other half of the funding.