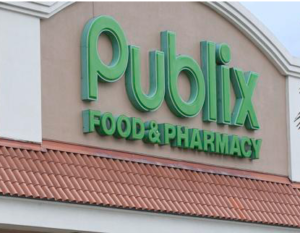 (The Center Square) – Despite a sustained surge in new COVID-19 cases and ensuing increases in hospitalizations and deaths attributed to the disease, Florida Gov. Ron DeSantis continues to resist calls to impose a statewide mandatory face-mask order, leaving that decision to local governments.

More than 70 cities and counties across the state have done so, including Jacksonville, which will host a pared-down Republican National Convention next month.

Amid the checkerboard of local emergency orders and measures across Florida, numerous retailers and corporations are imposing their own mandatory face-mask requirements in the absence of statewide rules.

Lakeland-based Publix, Florida’s largest grocery chain, became the latest corporate retailer to require patrons to wear face coverings when it announced Thursday no one would be allowed in any of its 1,250 stores without one, beginning Tuesday.

“With the number of coronavirus cases continuing to grow and current CDC guidance indicating face coverings can help slow the spread of COVID-19, we believe requiring face coverings in our stores is another way we can do our part to help protect our communities,” Publix spokeswoman Maria Brous said in a news release.

CVS said Thursday it will require face masks, beginning Monday, and Target said it would impose the requirement as of Aug. 1.

CVS said it had posted signs at entrances and placards inside its stores alerting customers of face-mask requirements in places where they have been implemented and would continue to do so, saying it is not “asking our store employees to play the role of enforcer.”

“What we are asking is that customers help protect themselves and those around them by listening to the experts and heeding the call to wear a face covering,” CVS Health Executive Vice President and Chief Operating Officer Jonathan Roberts said.

Target said in a news release it will hand out masks to customers at store entrances. It said more than 80 percent of its 1,800 stores are in cities and counties that already require customers to wear masks.

Walmart and Sam’s Club said in their announcement about 65 percent of their stores nationwide are in areas where governments have mandated masks. It will funnel customers through one entryway in stores where “heath ambassadors” will “work with people” who don’t have masks.

In its announcement, Publix said its face-mask rule will be posted on signs at entrances, and in-store announcements will be asking customers to keep their masks on while shopping.

Other retailers with face-mask policies in Florida include: