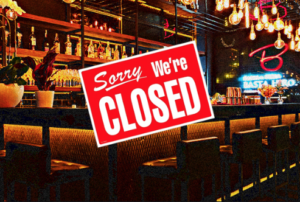 Florida joined Texas, Arizona, Colorado, Michigan, California, numerous counties and many cities in banning the on-site sale of alcohol in bars, pubs, lounges and nightclubs that are not also restaurants.

Gov. Ron DeSantis shut down bars by statewide executive order in March and allowed them to reopen at 50 percent interior capacity June 5, when he launched phase two of his three-part reopening plan. The new ban on bars started June 26.

Several lawsuits challenging the March shutdown order remain pending, including one filed in May by a St. Petersburg bar owner who said he had lost $200,000 in revenue since March 17.

Facing a second shutdown, it is uncertain whether many bars, most independently owned private businesses, will survive.

In fact, with bars and young adults being blamed by some – including DeSantis – for driving the surge in new COVID-19 cases, it is uncertain whether the bar industry will survive.

According to several studies, including one by the Boston University School of Medicine, “heavy breathing in close proximity” in bars presents the perfect incubator for the coronavirus.

Crowded, noisy indoor spaces with clustered people yelling, leaning into each other and touching common surfaces is “the opposite of social distancing,” BU School of Medicine’s Dr. David Hamer told The Associated Press. “Can you do social distancing at a bar? Can you wear a mask while drinking? Bars are the perfect place to break all those rules.”

“Congregation at a bar, inside, is bad news,” Dr. Anthony Fauci told a Senate panel Tuesday. “We really have got to stop that.”

After the Florida Department of Business and Professional Regulation (DBPR) ordered the suspension of on-premises alcohol consumption at bars, DeSantis said two days later the agency is “trying to figure out a way forward” for bars, nightclubs and craft breweries to reopen.

DeSantis said DBPR was forced to take the action because of “widespread non-compliance” with coronavirus guidelines, mostly by young adults who are “going to do what they’re going to do.”

“My view is, I’d rather have those places open, complying,” he said. “I think that’s probably less risky than what a lot of the young people end up doing. They’re still going to do things, most likely. And you may end up doing things in ways that are even more risky.”

DBPR Secretary Halsey Beshears said the ban is being re-evaluated daily, and he apologized to bar owners for the shutdown.

“Nothing I say or do will stop the pain small business owners are feeling,” Beshears tweeted Saturday. “I empathize & understand, I’ve been there. It’s more than u: it’s your employees & the families they support. I’ll keep taking the hate, if it makes any of you feel better.”

Beshears said he had little choice as COVID-19 became “so widespread and the infected demographic so clear. We needed to grab this forcefully and immediately.”

He said the state “must forcefully flatten the curve” and then, afterward, “We will get it right, then get people back to work ASAP.”

Beshears’ Twitter apology drew commentary from Rep. Anthony Sabatini, R-Howey-in-the-Hills, who tweeted that, “If I owned a Bar I would open up immediately.”