According to the FDOH’s COVID-19 dashboard, with Wednesday’s new cases, 744,988 people in Florida have tested positive for the disease since March. 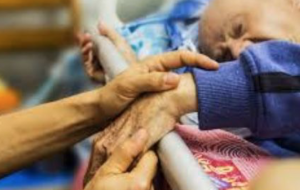 The FDOH also documented Thursday that 144 deaths attributed to COVID-19 were reported Wednesday – although they didn’t necessarily occur Wednesday. Since March, 15,932 people in Florida have died or have had their deaths hastened from the disease.

According to the FDOH, more than 2,150 people suffering from COVID-19 were in Florida hospitals Wednesday, bringing the total to 46,693 people hospitalized with the disease since March.

The FDOH reported a decrease in positivity rates from 5.39% on Tuesday to 5.2% of the 69,935 people tested Wednesday. Counting retests – those tested after an initial positive diagnosis – the positivity rate was 6.7%.

Despite Wednesday’s spike, most other COVID-19 metrics, including death, positivity and hospitalizations, remained relatively flat. In fact, hospitalization numbers have declined since August, when more than 5,000 COVID-19 patients were admitted into state hospitals at one point.

The FDOH maintains a separate report that breaks out how many of the overall reported cases and deaths occurred in the state’s long-term care centers (LTCs), including its 694 nursing homes.

The FDOH reported 2,432 new diagnoses Wednesday among 188,787 LTC and nursing home workers, most of whom are tested frequently.

Those numbers nearly would match the 3,356 new COVID-19 cases reported statewide by the FDOH on Wednesday, but a disclaimer states, “The data presented are reported by individual facilities and reporting errors may occur.”

AARP, which has said nursing home deaths have been misreported nationwide, unveiled its own COVID-19 dashboard Wednesday.

According to AARP, in examining Florida COVID-19 numbers reported between Aug. 24 and Sept. 20, the death rate at state nursing homes among residents, and especially staff, is higher than the national average.

During that four-week period, 1.38 out of every 200 nursing home residents in Florida died from COVID-19, according to AARP, higher than the national rate of 1 for every 200 residents.

About 4.5 percent of Florida nursing home residents tested positive for the disease during that period, which spans Gov. Ron DeSantis’ Sept. 1 decision to re-allow visitations, compared with 2.6 percent nationally, according to AARP.

Citing a Kaiser Family Foundation’s analysis from Oct. 8, AARP said more than 84,000 LTC and nursing home residents and staff nationwide have died from COVID-19, representing about 40 percent of all COVID-19 fatalities in the U.S.

“Yet federal policymakers have been slow to respond to this crisis, and no state has done a good enough job to stem the loss of life” AARP states, reiterating its call for a 5-point plan:

• Improve daily public reporting of cases and deaths, communication with families about discharges and transfers and accountability for state and federal funding;