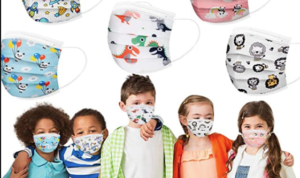 “It’ll be appealed. We’ll end up getting it back,” DeSantis said during a Monday news conference, guaranteeing Florida will successfully challenge 2nd Judicial Circuit Judge John Cooper’s ruling that the governor overstepped his authority when he signed his June 30 executive order based on House Bill 241, the Parents’ Bill of Rights Act.

“I think we’re going to have really good grounds to appeal,” he continued. “Obviously (the ruling), it’s problematic.”

HB 241 requires districts cede to parents in decisions regarding their children. Under the law, the state cannot “infringe on the fundamental rights of a parent to direct the upbringing, education, health care, and mental health” of a child “without demonstrating that such action is reasonable and necessary to achieve a compelling state interest.”

Cooper cited that last sentence in issuing his ruling, noting DeSantis’ executive order and subsequent directives from the state’s Department of Education (DOE) did not include it.

DOE can enforce HB 241, Cooper said, but must “do so in accordance with the terms of the law” and ruled school boards can impose mask mandates if they “demonstrate its reasonableness and the other factors in the law.”

HB 241 “doesn’t ban mask mandates at all,” Cooper wrote. The law gives school boards responsibility “to adopt policies concerning healthcare and education of children in school, that expressly, (grants boards) the right to do that even if those policies affect the parents’ rights to make decisions in those areas.

“What that law says, this is how I interpret it,” he continued, “is normally you can’t interfere with the rights of a parent’s direct schooling and education, unless there is a reasonable basis to do so.”

DeSantis said Monday the state would be making the same appeal on the same parental rights grounds in opposing a school board that banned wearing masks.

“A parent has every right to have the kid wearing the mask to school. No one’s saying you can’t have that. That’s you’re decision,” he said.

Friday’s ruling concluded a four-day trial in Tallahassee stemming from a May lawsuit filed by parents from seven counties alleging DeSantis’ order unconstitutionally bars school boards from managing the pandemic in local schools.

Cooper did not issue an injunction suspending DeSantis’ order, but is expected to do so when he posts his formal written order later this week. How he crafts that order will affect how the state’s Board of Education (BOE) and lawmakers respond.

On Aug. 17, the BOE ruled the Alachua and Broward school boards violated DeSantis’ order by imposing mask mandates and should be docked state funding with some officials targeted for removal.

Since then, at least 10 more boards have imposed mask mandates. Nearly half of Florida’s 2.9 million K-12 students are attending schools requiring masks.