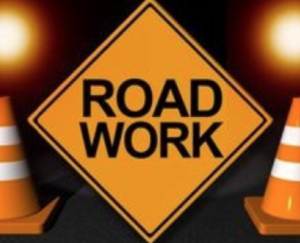 At the May 21, 2020 meeting, County Engineer, Robert Companion, did a presentation to the Board of County Commissioners, regarding dirt roads proposed for the County’s Double Chip Seal Program.

Double Chip Seal is a surface treatment that consists of an application of heated asphalt liquid, followed by a layer of crushed rock applied with a roller to create a smooth surface. Chip seal is a great alternative to paving dirt roads because it’s about 50% cheaper and it reduces the County’s cost related to frequent road grading. Additionally, chip seal applications enhance road safety by providing good skid resistance, an anti-glare surface during wet weather, and an increased reflective surface for night driving. Chip Seal is a great solution for paving low volume, low speed dirt roads.

This method is quickly becoming the go-to method for other counties looking to improve dirt roads within their own jurisdictions. In fact, the County received State-wide recognition from the Florida Association of County Engineers (FACERS) in July 2018 after applying Double Chip Seal to roads within Swallowfork Subdivision.

During adoption of the Fiscal Year 2019/2020, $340,000 was designated for the Double Chip Seal Program. In January 2020, the County approved a new policy containing specifications for preparing a road for chip seal. These specifications were used when determining which roads to consider for Double Chip Seal for this Fiscal Year, and were approved by the Board on May 20th as follows: