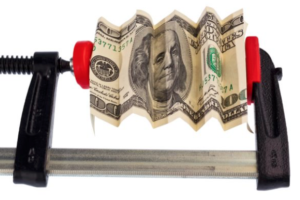 The Nassau County Board of County Commissioners (BOCC) met for an hour the afternoon of June 21, 2018 to continue their discussions from the previous day on formulating the county budget for FY2018-19, which begins October 1.  Their goal for the meeting was to provide county staff with a working number to reflect the millage rate for next year.  After considerable discussion of county needs and alternatives, the BOCC voted 4-0 (Commissioner Steve Kelley was not in attendance) to direct staff to use a figure of 1.9004 millage increase.  Such an increase would provide the county with an additional $13M in revenue.

It is important for readers to understand that the BOCC has not adopted a millage increase at this time.  The first formal notice of any proposed millage increase will not come until the BOCC issues the annual TRIM notice in mid July.  Until such time, the millage increase is only a placeholder to allow county staff to proceed to develop budget detail.  When the BOCC does adopt the millage for the next fiscal year, that notice will be mailed to each property holder, along with the amount each property holder would expect to pay and notice of days and times for public budget hearings.  Once the TRIM notice is officially issued, the millage rate may be reduced until such time as the budget is formally adopted in September.  However, it may not be raised.

Commissioners debated whether raising the millage rate by a smaller amount over a 3-year period might be more palatable for taxpayers.  However, some commissioners and staff members pointed out that one of the reasons for the county’s current financial plight was its decision in 2014 to ignore staff recommendation for a 2 mill increase and settle for a one mill increase. Consensus was that by delaying the increase recommended by county staff, the backlog of capital improvement projects – roads, drainage, public safety, recreation – would continue to grow due to funding shortfalls.

Commissioner George Spicer (Dist. 4) asked Justin Stankiewicz, County Management & Budget Director, to ballpark what such an increase would mean to property holders. Stankiewicz said that the owner of a house assessed at $150K in the unincorporated area of the county would pay an additional $285 per year; the owner of a property assessed at the same value in an incorporated area of the county (Fernandina Beach or Hilliard) would see an increase of $136.  The reason for the difference between the two is a fund known as the MSF, or Municipal Services Fund, which covers municipal services provided to the unincorporated areas by the county.  The millage rate for this fund has not been adjusted for 10 years.

County Administrator Shanea Jones reminded commissioners that the rates Stankiewicz provided did not take into consideration homestead exemptions or the Save Our Homes amendment. She said that the true picture of the amount of taxes owed, should the millage increase be recommended in July, would be reflected in the notices mailed to each property holder.

BOCC Chair Pat Edwards reminded commissioners that the county has no more reserves to tap to fund projects like drainage, road repair or new fire stations.  In order to address these problems the county would have to use a line of credit or tap emergency reserves.  He said that the county must be able to respond to unplanned emergencies like hurricanes.

County Attorney Mike Mullin, soon to be Interim County Manager, also informed the BOCC that the county’s insurance carrier has declined to pay an inverse condemnation claim filed against the county by an Amelia Island property owner as a result of flood damage.  He said that if the county fails to win an insurance appeal, that will be an expense that must be paid from the county’s general revenue.

All of the commissioners supported the need to develop longer range plans in order to meet maintenance needs and needs related to population growth.  Spicer stressed the need to be more proactive, citing drainage needs on the west side of the county.  Commissioner Justin Taylor (Dist. 5) noted that the county had an opportunity to hire 15 more fire/rescue personnel via a grant, but could not come up with the matching funds to qualify.  Chair Edwards noted that the Corrections Department will be required to build a new, multi-million dollar pod at the jail to accommodate prisoners with mental health issues.

Edwards also cited a recent study that said the county should be spending $6-8M per year on roads, while the county is currently spending $350K annually.  “We just fix a ditch to drain, but we are not solving the bigger drainage problem,” he said.  “We are only trying to keep up with maintenance, not upgrading.  All we are doing is putting a band aid on.”

Commissioners debated how to handle a millage increase and whether it should be limited to only one element of county finances, such as the general fund, the municipal services fund or the transportation fund.  Commissioner Danny Leeper (Dist. 1) said, “I would like a unanimous vote.  We can’t walk out this door and ignore the problem. Giving staff a tentative increase at this time allows us to get out and defend it or discuss it.  I’m fine with 1.9, knowing we can change it.”

Taylor agreed, saying that he had a problem with seeing so many things not getting done around the county. “I still have concern with the full increase, but this gives us more time to work on it,” he said.

Edwards remarked that when he became a County Commissioner, the county’s population was 60,000. Today it is 82,000 and projected to grow to 94,000 in four more years.  “All we can do is try to get out front of it and manage it,” he said.

Spicer expressed his unhappiness with reports circulating that he had cut the Nassau County Economic Development Board’s (NCEDB) subsidy in half.  He explained that he had questions about NCEDB’s accomplishments, but that they had provided him with the answers he needed.  Their budget request has not been cut at this time.

All the commissioners understood that even if they developed a 5-year plan, it could change with circumstances.  But they agreed that future planning would be key to successful budgeting and project completion.

Leeper moved approval of a tentative millage increase of 1.9004 mills with the understanding that the amount could be lowered as budget discussions continue through the summer. Taylor seconded the motion, which was then approved by all four commissioners in attendance.

Note that this report was done from the recording of the meeting; I was not in attendance.