from The County Insider
Office of the Nassau County Manager
September 13, 2021 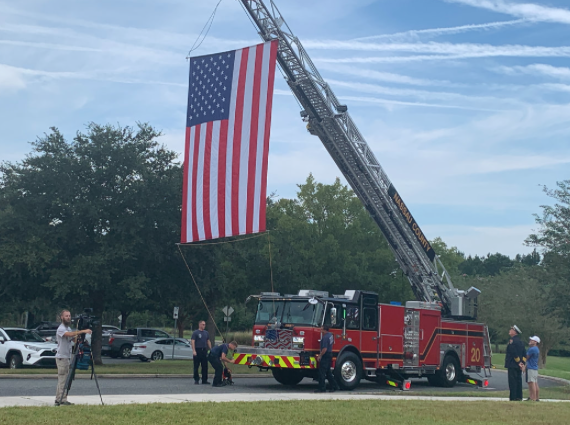 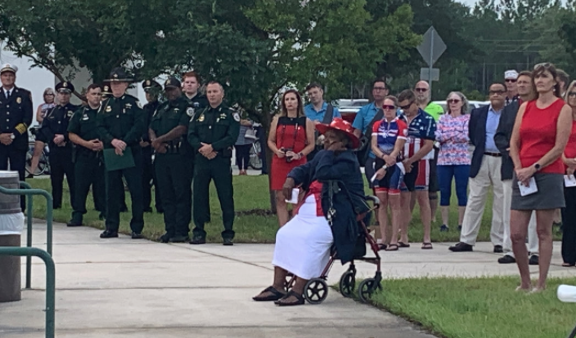 The event also featured guest speaker, Valerie Gambino, sister of Thomas Gambino, Jr., an FDNY firefighter who perished at the World Trade Center. We listened intently as Mr. Drew gave dramatic readings about the history of the National Anthem and “My Name is Old Glory”, a patriotic poem about the United States flag. The crowd watched on as members of the Honor Guard folded a U.S. flag and presented it to Ms. Gambino in honor of her brother. It was a beautiful and somber day as we remembered all the innocent lives lost.

Thank you to all the individuals who coordinated and participated in the event… We could not have done this without you! Thank you as well to all the members of the public who joined us in commemorating the 20th anniversary of this tragic day in America.