The Myth of City-County Discontent 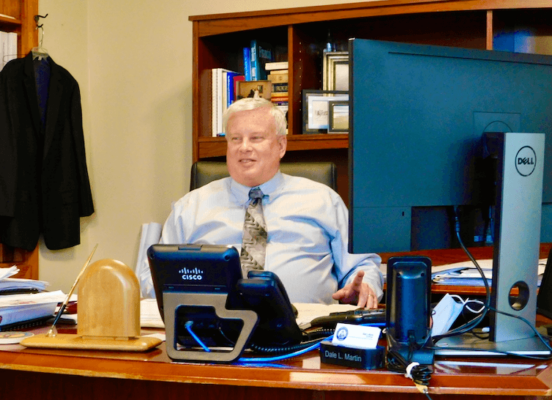 In the midst of the current campaign season for two city commission seats (as well as during previous contests), a frequent comment is that, “If elected, I will improve relations with the county.” At the political level, a variety of issues contribute to the refrain that the city and county governments do not get along. At the staff or operational level, the city and the county have a strong relationship.

The most recent example of the cooperation was exhibited during the preparations and response to Hurricane (Tropical Storm) Ian. It is the county that operates the Emergency Operations Center (EOC), directing operations during the storm. City staff (and representatives from Hilliard and Callahan) participated in daily teleconferences to review the current conditions, preparation efforts, and recovery plans. The city provides a small contingent of personnel to assist county personnel at the EOC. Managing an emergency requires significant unseen coordination for resources such as shelter facilities, food service, logistics, media relations, finances, medical equipment, etc. The EOC (which is fortunately rarely activated) is a wonderful demonstration of intergovernmental collaboration.

The city and county police/sheriff and fire/rescue departments complement each other on a regular basis. Mutual support between those agencies is utilized for major events such as the annual Shrimp Festival and The Amelia 2023 (formerly known as the Concours d’Elegance). The county agencies have a prominent place in the many parades in Fernandina Beach.

Nassau County provides support for many miles of roads within the city. As many residents know, the boundaries of the city are somewhat irregular (understatement). What is less known is that simply because a road is within the city limits, the city is not responsible for the maintenance of some of those roads. The state, the county, and the city receive funding for the roads under their authority (based upon mileage of those roads). This means that the state is responsible for state roads (and the rights-of-way) such as the portions of A1A referred to locally as 8th Street, Atlantic Avenue, and S. Fletcher Avenues.

County roads are not as clearly delineated to residents: Sadler Road, 14th Street (south of Atlantic Avenue), Citrona Drive/Will Hardee Road, Lime Street, and segments of Jasmine Street, are some examples of county roads within the city limits. The county is responsible for funding repairs and maintenance on those roads and it is county personnel who perform those duties.

The county, through the Tourist Development Council, provides annual funding for beach cleaning and trash collection services. The city manages Ocean Rescue personnel on several county beaches with funding provided by the county. During my tenure as city manager, I have worked with four county managers: Mr. Ted Selby, Ms. Shanea Jones, Mr. Michael Mullin, and currently Mr. Taco Pope. I enjoyed the relationship with each of those managers. I have also informally known and worked with several of the county commissioners since 2016. I speak frequently with Commissioner John Martin whose county commission district encompasses the city. Our conversations are frank and professional about both opportunities and challenges.

Mr. Pope and I meet monthly (more or less) and enhance the relationship between the city and the county. The city has requested county backing to extend historic tax credits for several downtown properties and perhaps consider offering similar credits to historic properties elsewhere in the county. The county has secured funding for the design and construction of several non-motorized trails that will extend into and through the city like the popular River-to-the-Sea trail along Simmons Road. The expanded trails will extend along Amelia Parkway, Will Hardee Road, Sadler, and 14th Street. These county trails will be part of a city trail effort connecting many neighborhoods, schools, and other facilities to downtown Fernandina Beach. Related to the trail effort are additional design efforts (by the county) to improve safety along Sadler and 14th Street, which continue.

Recently adopted state regulations require communities to complete a vulnerability assessment to qualify for future resiliency grants. Although the city has received a grant to prepare such an assessment, city and county staffers are examining how previous county assessment efforts may be used jointly (and at reduced cost to both governments) to satisfy the new state requirements.

The relationship between the city and the county can always (likely nearly every other relationship) be better, but it is often misconstrued as a damaged or poisoned relationship. Of course, political differences will arise, but from my perspective, the respective staffs work well with each other and I feel very comfortable discussing issues with county commissioners on an as-needed basis (appropriately notifying Mr. Pope of those discussions) and I look forward to continuing that relationship with newly-elected county commissioners.

All of these examples are positive actions and the staff of the City and County are to be commended for their efforts. However, it should be remembered that city residents are also county residents and pay taxes that support the county efforts mentioned, most of which are legal obligations and not done out of a sense of benevolence.
Where the friction comes between the City and the County is on the financial side. The City has gone to the county on numerous occasions and requested financial assistance for infrastructure maintenance such as parks & recreation, oceanfront parks and access, etc. and those requests have always been rejected. I do remember a time about ten years ago when the relationship with the county commission was much more strained with one county commissioner remarking when asked about a requested joint meeting with the city commission that one should be held every calendar leap day (once every 4 years). The city and the island have been the cash cows for the county although that is starting to shift a little bit with all the development around and west of I-95.
Progress in the relationships with staff is to be congratulated, but there is still lots of opportunity with the county commission to assist the city in funding resources used by county residents and other visitors beside specific fee-based programs.

The county sees no obligation to help finance city-owned assets as demonstrated by their actions. Ball fields, parks, and recreational facilities will be built by the county independently of city resources that already exist. The city is on it’s own to support it’s public facilities. The county will, however, try to force beach “harmonization” and other standards on the city–likely with little success. Basically the city and county operate in their own orbits, with little overlap–all the result of history, for good or bad.

This city manager and commission have, in my opinion, low credibility with their county counterparts. Wholesale replacement is needed to restore a communal working relationship–changing one or two seats will not fix the problem.

Perhaps the County needs to present functional solutions to City issues. I like what our City government does – and it’s services. Amelia Island has long been a cash cow for Nassau County. Dave Lott speaks for me.

“No one was so worried when they cut down all the tree...
wpDiscuz
4
0
Would love your thoughts, please comment.x
()
x
| Reply
Comment Author Info