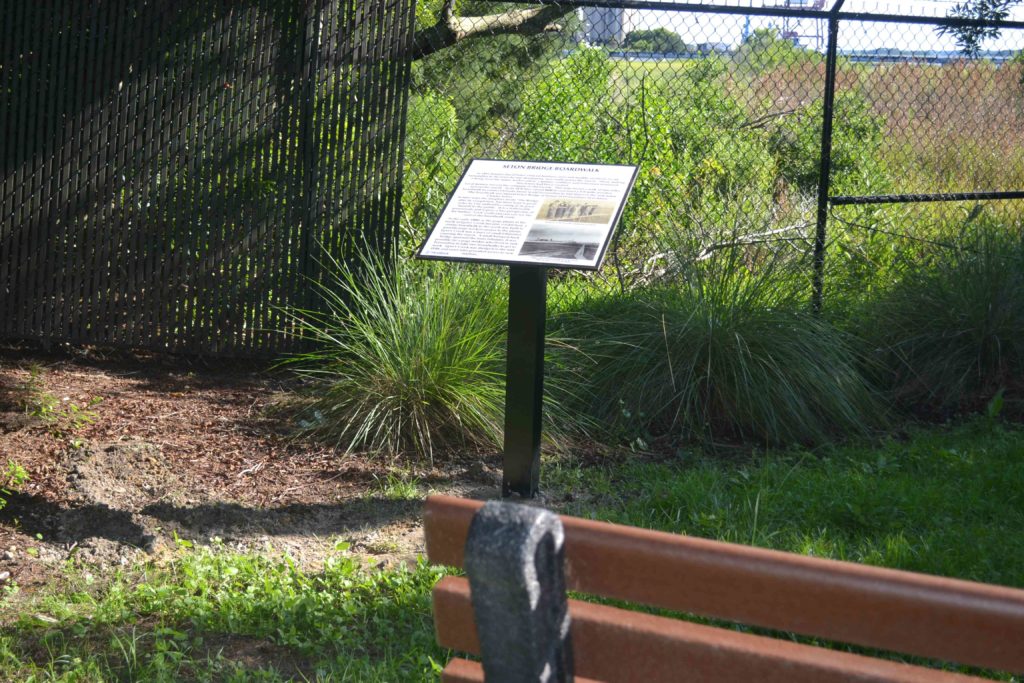 If you drove south on Estrada Street in Old Town in the 1990’s you would have been stopped by an ugly old fence that stretched across Estrada Street and totally fenced off the paper mill land. For years former resident Joan Altman had insisted that the closed street was a city street and that the then mill had no right to close it. The mill disputed that saying it was their property.

New residents took up the challenge of reopening the street and were excited that the General Manager of the new mill, RockTenn, agreed with them. The gate was removed in 2014 and moreover, he offered additional land on each side of the street so that the area could become a pocket park. He was intrigued by the history of that area, called South Point on old maps. Then the mill changed ownership again.

Hats off to WestRock and their Public Relations Manager Eric Schmidt. They have been generous in working with residents to create a pleasant place for visitors to South Point in Old Town, and have paid for two benches and two informational signs.

Thanks to the city for installing the signs so that visitors can read about the old Boardwalk, called Seton Bridge, built in 1870 with $600 raised by the women of Old Town who needed a fast route across the marsh to visit friends in new Fernandina. They can also learn about the Pogy delivered by barge from the Pogy plants across Egan’s Creek to the warehouse at South Point and then onto boxcars at the rail spur.

Thanks to the two most recent mills and city staff Historic Old Town is made more ‘whole’ and reveals more of her amazing history.