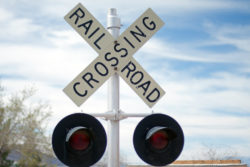 On a 5-0 vote at their April 20, 2021 Regular Meeting, the Fernandina Beach City Commission (FBCC) approved two agreements between the City, the Railroad Company, and the State Department of Transportation for the removal of existing railroad warning devices and the installation of new ones at the intersections of Front Street at Ash Street and at Centre Street (Resolution 2021-52).  With approval of these agreements the state will reimburse the Railroad Company approximately $700,000.  The financial responsibility for the City will be approximately $5,000 per year for maintenance of the signals.

Related to the project, according to City Manager Dale Martin, the City will need to make some street improvements estimated to cost around $80,000.

The City is awaiting finalizing of design and costs by the railroad, but anticipates that work will be done this summer.

These improvements are required by the state prior to opening the rail crossing at Alachua and Front Streets, and ideally should be in place before finalizing plans for a waterfront park.