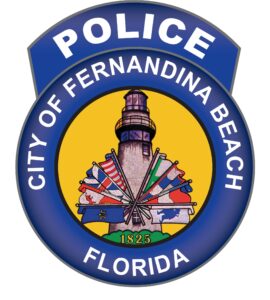 Detectives from the Fernandina Beach Police Department Criminal Investigations Bureau responded to 2397 South Fletcher Ave to investigate an alleged kidnapping, on November 2, 2021. Patrol Officers responded to the address to conduct a well-being check, after family remembers reported Domestic Violence and a possible abduction. Patrol Officers conducted a safety sweep of the residence and found no one inside. The victim’s vehicle was parked in front of the residence.

Detectives learned that the victim, had communicated to friends and family members via text messages and telephone calls that her former boyfriend, James Casey Vaughn, had threatened to kidnap her and kill her. Neighbors noticed Vaughn’s vehicle parked in front of the victim’s residence on Monday night. The victim missed a scheduled lunch date on Tuesday and family members were unable to reach her. Detectives spoke with family members and learned that the victim contacted them and stated that James Casey Vaughn had kidnapped her and was holding her against her will. The phone call ended abruptly.

Investigative leads directed our detectives to the Jacksonville Beach area. A BOLO was sent to the Jacksonville Beach Police Department. Jacksonville Beach Police Officers located the suspect’s Ford F250 in the parking lot of the Four Points Sheraton Hotel located at, 11 First Street North. Officers went to the hotel room and conducted a well-being check. Vaughn and the victim were located inside of the room. Vaughn was taken into custody without incident. The victim made spontaneous statements to officers that she had been kidnapped and that Vaughn had put a knife to her throat threatening to kill her. The victim did not appear to be physically injured.

Detectives quickly composed a warrant for Kidnapping, FSS 787.01(1)(a)3. The Honorable Judge Fahlgren reviewed and signed the warrant with a bond amount of $2,000,002.00.