North Side Historic District residents have expressed safety concerns about congestion on Broome Street for years.  Emergency vehicles have had challenges negotiating the relatively narrow thoroughfare with two-way traffic and parallel parking on both sides of the street.  Although several proposals have been considered over the years, no action has been taken to solve the problem until now.

Fernandina Beach City Manager has released the letter below, which is being mailed to all Broome Street residents today, June 15.  Effective July 1, street parking will be limited to the south side of Broome Street, thereby leaving the north side open for safer two-way traffic and passage of emergency vehicles. 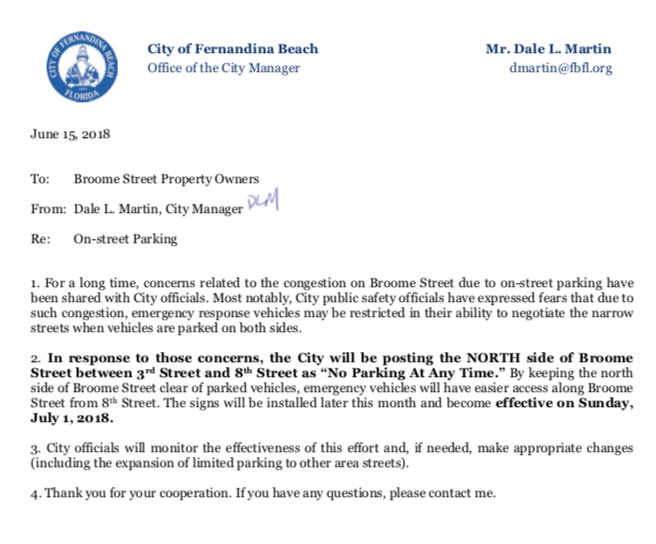