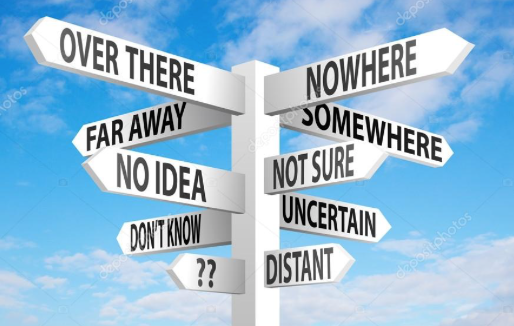 It remains to be seen whether the General Obligation Bond (GOB) referendum for the City of Fernandina Beach is dead for this Commission or whether like a phoenix rising from the ashes, it can be resuscitated in time for voters’ consideration during the 2022 General Election in November.

At this time it appears that other than Commissioner Chip Ross, no other Commissioner wants to proceed to ask voters to approve a $20M bond that would be paid off in 30 years — at interest rates that remain low for the present — to address many capital needs that have been unfunded for years.  And yet in January, City Commissioners were in agreement that asking voters to approve a bond seemed the only realistic way to address problems of deferred maintenance that were in danger of causing the City to reach a tipping point.

At its January 26, 2022, Goal-Setting Workshop, the City Commission directed the City Manager to prepare a list of projects that require significant funding that would be appropriate for a bond referendum. A GOB appeared to be the only way the City could be assured of addressing long-standing problems that had been “kicked down the road” by previous City Commissions for lack of funding and reluctance to borrow money: extending shoreline stabilization efforts to prevent downtown flooding during high tides and storms; improving downtown lighting, sidewalks and landscaping; purchasing land for Greenway expansion; repairing or replacing deficient beach accesses; and upgrading City facilities, primarily those under the stewardship of the Parks and Recreation Department.

The FBCC had previously held a workshop in August 2021 to discuss the need for a bond referendum in 2022.

Staff presented the list at the Commission’s March 1, 2022, Workshop, and subsequently consulted with bond counsel and reviewed deadlines for submission to the Supervisor of Elections for placing ballot items. Resolution 2022-66 was intended to provide the City Manager direction regarding which of those projects should be presented to the voters for funding via a GOB.

This item was considered at the City Commission meeting on April 5, 2022, and was postponed to the April 19, 2022 meeting.

At the April 19, 2022, Regular Meeting of the Fernandina Beach City Commission (FBCC), City staff sought direction on moving forward with the GOB referendum, which previously appeared to have unanimous support from Commissioners.

Commissioner Chip Ross moved approval of Resolution 2022-66 calling for a citizen referendum during the November General Election seeking approval for a $20M GOB to be repaid over 30 years.  Ross advocated allocating the bond revenue as follows:

Ross expressed a willingness to talk about the allocations he proposed, but said that he had gotten the estimates from the City Engineer.

Ross said, “These projects have been talked about for years, but never delivered because we couldn’t figure out how to pay for them.  This Resolution gives the City electorate the right to decide if they want them.  Is it perfect?  Will it cover all the funding needed?  No — but it will get us going in the right direction.  I think it is a good start to get us going on many promises made over the years.”

Vice Mayor Len Kreger who had seconded Ross’ motion for discussion, restated his position of not supporting a “smorgasbord” of funding needs, but wanting the entire $20M to be spent on shoreline stabilization.  He said that none of the projects suggested for downtown appeared on the City’s capital improvement plan.

Commissioner Bradley Bean, who had previously announced support for downtown improvements, indicated that as far as he was concerned, downtown was fine.  He liked the existing lighting, which City staff said needed replacement for several reasons, including the fact that the poles do not meet wind load requirements. “A bond isn’t inherently bad,” he said.  “We can do it if we have the right projects, and I don’t think this current line up is the right projects.”

Bean said that there is no rush to ask voters for bond approval.  “We just paid off the Greenway bond,” he said.  “I think the biggest push for moving forward now is that we have just paid off that bond, so we should go for a new one.  This decision will have ramifications for tax bills for 30 years.”

Ross reminded Bean that the current Commission has discussed the issues for the past year, following discussions by previous Commissions for many years.

Commissioner David Sturges did not support purchasing what he characterized as “unbuildable land” to expand the Greenway.  Ross argued that not allowing property owners to build on land they own is tantamount to a “taking” of the land, which could result in legal action against the City under the Bert Harris Act.  But Sturges agreed with Ross about taking the GOB issue to the voters.

Mayor Mike Lednovich who usually speaks last prior to the vote, did not weigh in.  He called for the vote, which was 4-1 in opposition, with only Ross voting in favor.

Ross tried a second motion calling for a $16M bond to be split between waterfront resiliency efforts and downtown renovations, but his motion died for lack of a second.

Although various Commissioners have called upon City staff to achieve greater efficiencies, it is important to point out that several key members of staff spent a significant portion of the last 4 months gearing up for a bond referendum at the direction of the FBCC.

As it currently stands, their work has been done in vain.

No work has been done “in vain”.
All these projects can be budgeted and funded in the normal course of business
via the Capital Plan…no Giant Obligation Bond (GOB) is needed.
Further, none of the projects cited will out-live the 30 year payoff period,
whereas the Greenway has value today and for years to come, well past payoff.

Thank you to the Commissioners for voting against Ross’s plan. We can budget and fund in other ways that make much more sense. We DO NOT need another large obligation to pay off. We need to get back to reality and that is not Ross’s!

I do not see how these large projects can be funded in the regular budget without major sacrifices in other areas – a GOB is the way to go. Shoreline restoration, if done properly (e.g., a living shoreline), and greenway expansions will last forever and be the most appreciated by future generations.

Interesting…….3 “seem” to speak in favor of sending the GOB out for a vote (Ross, Sturges, Kreger), only one (Bean) is against that idea and the 5th doesn’t participate in the discussion (Lednovich)……yet the vote goes down in flames 4-1? Talk about a head fake…..

Votes matter more than words. What people do is far more important than what they say. Apparently the FBCC has “spoken” strongly against the GOB.

So what’s the plan now? How will we fund these projects? Or, will we just let things deteriorate even more?

If you want the general bond fund to pass, you must allocate more funds towards conservation land and the greenway is a great start. Also the Beach walkovers are a must to stop erosion of the dunes that protect the island during storms.