The 2021-2022 Fernandina Beach City Commission (FBCC) convened for the first time in Regular Session at 6 pm on December 15, 2020, immediately following the organizational meeting during which newly elected commissioners were sworn in and a new Mayor and Vice Mayor were installed.

The meeting lasted 2.5 hours and contained a lengthy presentation on the City’s current trash removal contract with Advanced Disposal, which was officially taken over by Waste Management at the end of October this year.

The new Commission made quick work of a suggestion that the City might consider selling its water/wastewater utility.  Although there seemed to be some confusion if the question had been raised by a government-owned bailout company or a City Commissioner, Commissioners overwhelmingly rejected the suggestion following their discussion.

On Second and Final Reading Commissioners unanimously approved a series of voluntary annexations to bring parcels on South 14th and 15th Streets, Nectarine Street and Pappy’s Place into the City.  For more information on these annexations see https://fernandinaobserver.com/city-news/fbcc-approves-voluntary-annexation-requests-to-add-39-acres-to-city-another-4-acres-to-follow/.

City Commissioners viewed a presentation provided by Greg Huntington of Waste Management (formerly Advanced Disposal) on the status of trash collection services and the challenges facing both the company and the City’s residents under the current contract.

He explained the transition of the City’s trash collection services from Advanced Disposal to Waste Management effective October 30, 2020, while advising that for the most part the change in company ownership would be transparent to users in the near future. 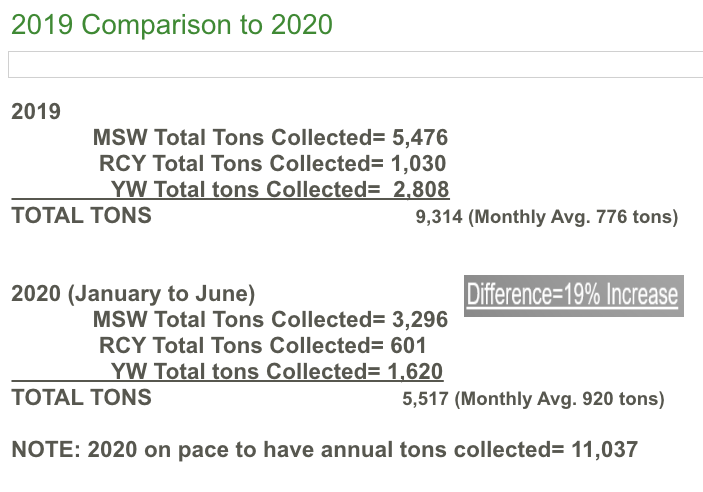 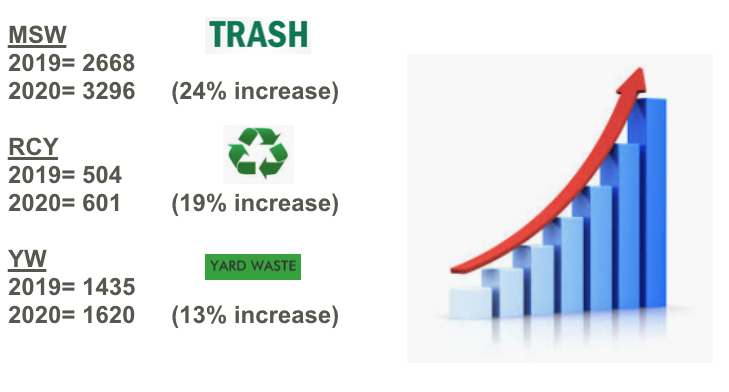 Huntington noted that the current situation is not tenable for either Waste Management or the City.  He said that the two options for the FBCC to consider are these:

Huntington explained that under earlier contracts with the city, the yard debris had been dumped at a site at the City’s airport, where City staff mulched it for use within the City.  However, when the City decided to “get out of the mulching business,” the contract haulers were required to transport the material to disposal sites an hour off the island.  This meant that yard debris collection slowed, leading to customer dissatisfaction.

The City Survey conducted this past summer reflected a willingness of 52.63 percent of almost 600 respondents to pay an additional $5 each month to improve the pick up of yard debris under existing conditions.  Huntington’s recent calculations projected that to improve service without requiring bagging and bundling as specified in the contract, would cost all residential customers an additional $6.97 per month bringing the total bill for sanitation services to $29.20 from its current $22.23.

The consensus of Commissioners seemed to be that those residents who produced yard waste would not want to bag and bundle that waste.  They also expressed fears that the problems of illegal dumping would continue as well as outright refusal of some residents to follow the new rules.  The City would then need to deal with the need to collect the waste that the trash haulers were not required to collect.

Commissioners were not asked to vote on this matter following the presentation.  However the matter will require a vote in January.