What initially looked like a routine, voluntary annexation agreement turned out to be anything but.  Item 6.3 on the Consent Agenda (Resolution 2021-163) for the October 5, 2021 Regular Meeting of the Fernandina Beach City Commission (FBCC) was pulled for more detailed consideration.  After a lengthy discussion the FBCC voted 3-2 to approve the request.

Property owner(s), Blanche M. Little, had completed the City of Fernandina Beach Voluntary Annexation Agreement/Petition for Annexation application pursuant to Chapter 171.044, Florida Statutes, for one parcel containing approximately 4.32 acres located at 226 Bonnieview Road West, identified as Parcel No. 00-00-30-034B- 0022-0010.  Because the parcel is not contiguous to the City. the owner incurs a 25% surcharge on utilities services based on monthly usage, to be paid to the City Utilities Department until such time that the property is annexed into the municipal limits.

Commissioner Chip Ross recalled a unanimous vote taken by the FBCC in May 2020 to approve Resolution 2020-70 to allow for voluntary annexation agreement for two neighboring properties across Bonnieview Road.  “At that time,” Ross said, “I thought what we were approving was to provide sewer and water to one residential dwelling on each of the two parcels.  Shame on me — I made the motion to approve — for not doing more homework.”

“What I thought we were going to have was two residences on a 10-acre parcel.  What it turns out we have,” Ross continued, “is a plan by the owners for a 29-unit subdivision, called River Crossing.” 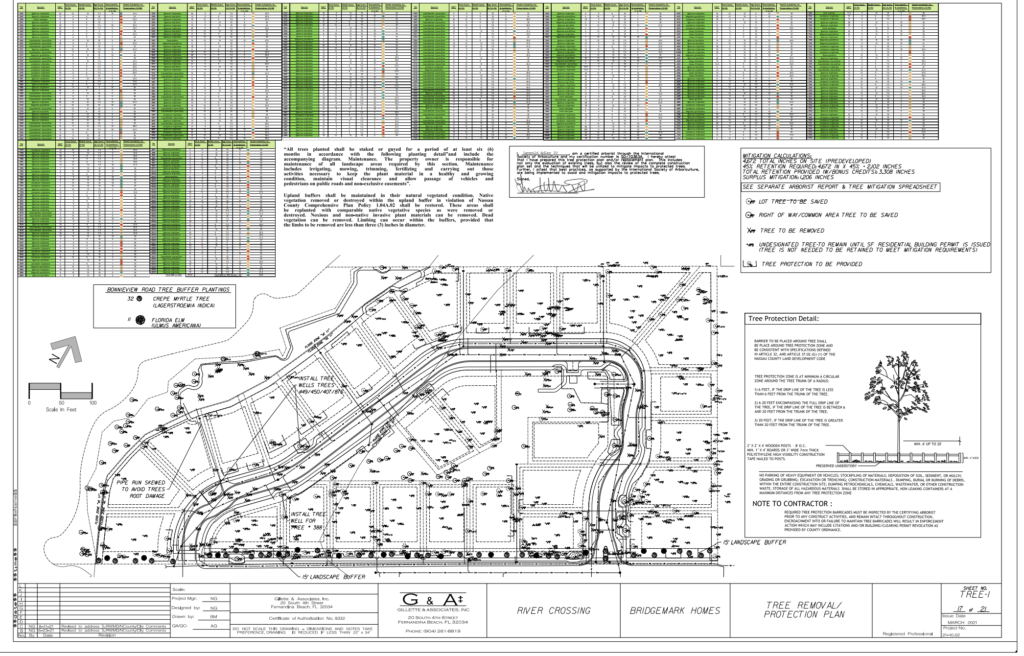 Bridgemark, working with the County Planning Department, has plans to put 29 units on these parcels.  County rules allow 3 dwelling units per acre.  With the acquisition of the third parcel, which neighbors the first two to the south, an additional 13 units can be built.

Commissioner David Sturges confirmed that the voluntary annexation has already been approved for the first two parcels.  “IF we don’t approve doing the same for this third parcel,” Sturges said, “they won’t be able to develop this property at all.”  Ross replied that he had  not said that.

Sturges continued, “The reality is that they are going to build 6-8 homes on these lots, no matter what you do.  You cannot [execute voluntary annexation agreements], or collect that extra water and sewer surcharge.  But you’ve already agreed to supply water and sewer to those first two lots.  So why wouldn’t you approve this?”

Sturges reminded Ross that it has been a concern of his to eliminate septic tanks from the island.  “These properties are all going to annex into the City, whether today or ten or 20 years from now.  And oh by the way we invite everyone to come to enjoy this  island, but we don’t want anyone to build a house or demolish an existing house.”

After ascertaining that no one in the audience lived in a tree house, Sturges agreed with Ross that he wouldn’t like any trees removed.  “I’d love it to stay the way it is.  But those developers paid that money and they will develop it.  My opinion is that we should at least collect the extra fees for water and sewer.”

Sturges cited the calls he gets from frustrated homeowners who believe that they have the right to do what they want on property that they own — like taking down trees.

Vice Mayor Len Kreger said the problem is that whether it was a mistake or not, there will be a lift station and sewer lines just across the street.  “The problem is that they are going to develop this land anyway, and they will put septic tanks in [if they can’t connect to City utilities.]  This is sensitive property bordering wetlands.  Not approving this will create an environmental disaster.”  He suggested that the County could buy this land for conservation purposes.

Commissioner Bradley Bean asked questions regarding cost and annexation procedures.  He agreed with Sturges’ comments.  “This will make it easier to some day annex this property into the City,” Bean said.

Ross acknowledged that development presented a double edged sword, concerning septic systems.  He said that according to the Health Department new septic tanks need to be placed 10 feed above the flood zone, which would be difficult in the current situation.  Citing what has been the desire of the people for more open space and trees, he believed “at some point we need to say enough is enough.”

He accepted blame for approving the annexation agreement for the first two properties last year.  “Shame on me,” he said.  “It was not made obvious what their plans were at the time.  They made a great deal of money on this and good for them.  I am not opposed to people making money.”  He turned to Sturges and said, “I hear what you are saying.  There is logic to it.  But we’ll have to agree to disagree.”

Mayor Mike Lednovich said that with approval of this action, the City will be creating an island.  He suggested that over time property to the east will develop and request voluntary annexation.  He said building and annexing homes in the flood plain will cause everyone’s flood insurance premiums to rise.

Bean suggested that many of  the Bonnieview Road properties east of the subject properties already have annexation agreements in place. He said that expanding the City boundaries has been a goal of the City.  Ross did not share Bean’s optimism about residents wanting to be annexed into the City as long as they have water and sewer without paying City taxes.

When the vote was called, Bean, Kreger and Sturges voted to approve; Ross and Lednovich voted in opposition.

It should be noted that at this time, the parcel in question has a single family home on it.  No plans currently have been provided to indicate further development.