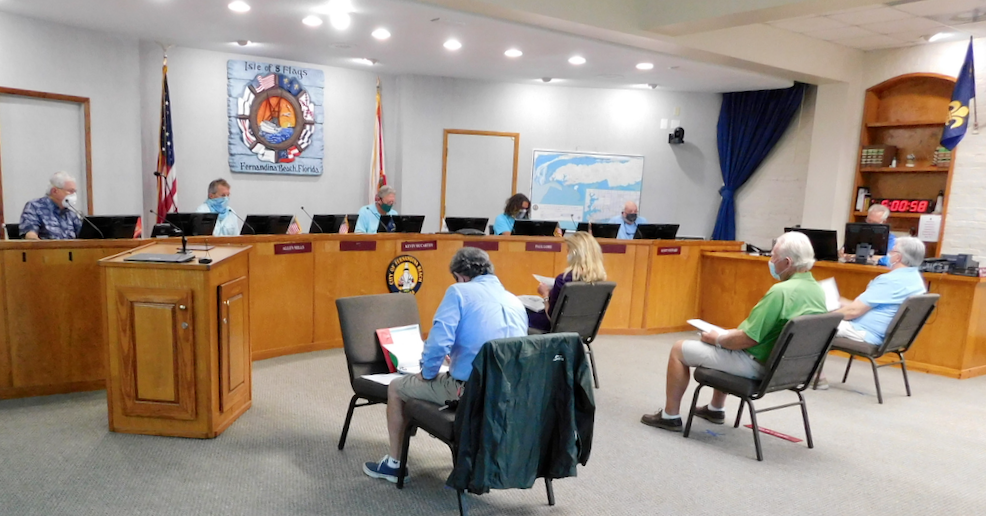 The recently formed Marina RFP Evaluation Committee (MREC) appeared before the Fernandina Beach Marina Advisory Board (MAB) on July 27, 2020 to explain their charge, process, and timeline and to solicit MAB input that could be used in evaluating the five marina management firms that responded to RFP 2020-02 for the management and/or leasing of the City Marina.  Members of the MREC were selected by City Manager Dale Martin and aligned with requirements set out in the RFP.  The members include:  Nathan Coyle, City Airport Manager; Tammi Bach, City Attorney; and Pauline Testagrose, City Comptroller.

MAB Members had received RFP responses and related correspondence in advance of the meeting.  At a previous meeting, they had agreed that they would check references for all the bidders.  Only Chair Kevin McCarthy indicated having done so.  However, he acknowledged that he had kept no record of his investigations.  He indicated that the input he had received from neighbors of the marinas were positive.

During almost 2 hours of discussion, MAB members reinforced their earlier position that Westrec, the current marina manager/operator, should be allowed to continue in that position for a complete year following the marina’s return to full operation, which will probably occur this summer.  They expressed frustration that despite advising the Fernandina Beach City Commission (FBCC) of their recommendation on numerous occasions, the FBCC has ignored their advice and continues looking for other options.

In addressing the MAB, Bach said that the MREC was not involved in prior discussions or decisions on the issue of marina management and the RFP and that members would be looking at the proposals received from all five respondents with no bias.  She explained that MREC members would rate each proposal individually, before forwarding their scores to the city’s Purchasing Agent Wanda Weeks to combine into a cumulative score.  The MREC would then meet in a public meeting to discuss their recommendations prior to returning to the MAB, where they would seek endorsement or rejection the recommendation.  Their recommendation would be presented to the FBCC at the August 18 Regular FBCC meeting.

Westrec had not submitted a proposal in response to RFP 2020-02.  Bach explained that because of that, the MREC would not evaluate Westrec as part of their charge.  Joe Springer, Westrec’s  marina manager, explained that since Westrec is already under contract to manage the marina, they were not required to submit a bid.  The RFP had clearly stated “Although the relationship between the City and Westrec remains viable, it has been several years since the agreement has been reviewed, and with the recent renovations, the City Commission believes it is an appropriate time to examine and clarify financial and operational components of the Marina.”  Springer said that Westrec had understood that following the City’s receipt and evaluation of RFP responses, they would then be given an opportunity to present their best proposal for continuing as the City’s marina operator.

Springer acknowledged that the RFP responses had been shared with Westrec, and that all the responding firms were good marina managers.  Westrec has not to date made a presentation to the MAB or the FBCC to demonstrate their willingness or ability to “sharpen their pencil” to increase revenue to the city from marina operations.  MAB Chair Kevin McCarthy asked Springer to arrange a Westrec presentation for the Special MAB meeting on August 10, the meeting at which the MREC will also make their presentation.  Springer agreed to do so.

Coyle provided the MAB members with areas of inquiry for which the MREC would welcome their input.  He asked them to identify the most important consideration for boaters in selecting a marina:  fees/fuel pricing; level or quality of service; location; or other factors.  He also asked them to identify what has worked well and what required improvement under Westrec management, when the marina was operatonal.  He solicited any other additional input that the MREC should consider in their evaluation.  He also presented the MREC timetable, which includes 2 public meetings prior to presentation of their recommendation to the FBCC on August 18.  Coyle said that the scoring criteria are set out in the RFP and weighted, and those will be the basis for the MREC recommendation.

The majority of MAB members believed that fees and gas prices were the main draw for boaters.  However, they offered suggestions on some areas that the MREC should explore, such as experience in managing public marinas, ability to pay down debt, and technical expertise.

Bach urged MAB members to provide MREC members with their input, questions and concerns that needed to be considered during the evaluation process.  She invited their emails or phone calls if they were not prepared to respond at the current time.

Several MAB members questioned the city’s urgency in moving forward, reaffirming their confidence in Westrec’s management.  They also expressed concerns that an MAB member or someone with marina management experience was not on the evaluation committee.  Bach explained that the MREC was acting in compliance with RFP requirements and direction of the City Manager.  She also noted that the City does not include an engineeer on the evaluation committee when it hires an engineer.

While a couple of the MAB members seemed willing to put their Westrec feelings on hold to cooperate with the MREC, most seemed wedded to their original recommendation to keep Westrec in place for a full year following the City Marina’s return to full operations. 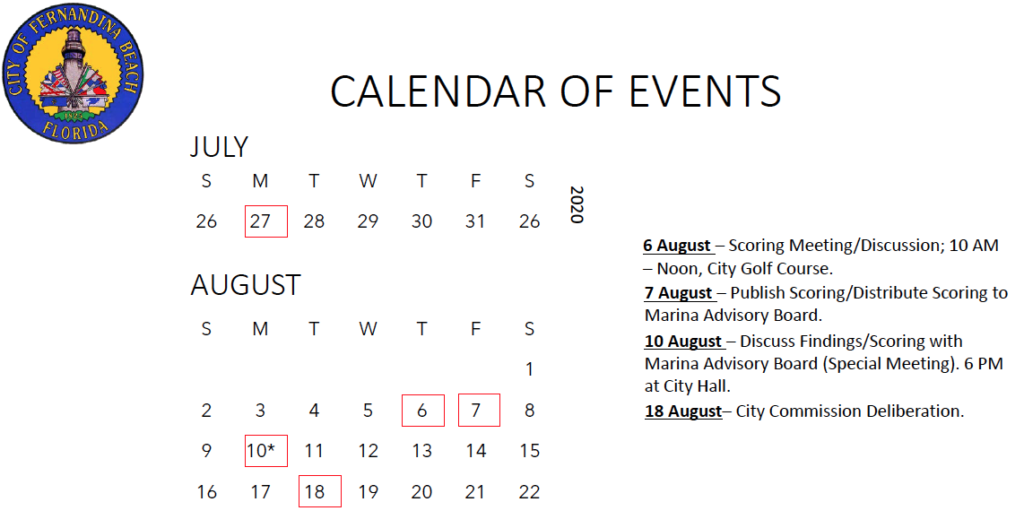