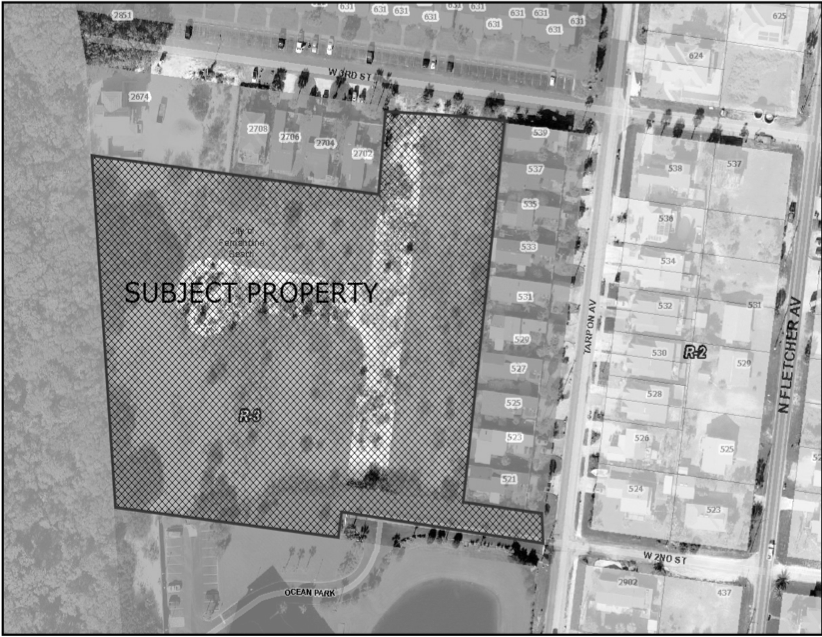 The Islands Club Planned Unit Development (PUD) subdivision, located between West 2ndand West 3rdStreets just west of Tarpon Avenue, was approved in 1981 (Ordinance 639) and originally included a total of forty-five single-family home sites to be built on 6.4 acres of land. Only 18 of the sites, facing either 3rdStreet or Tarpon Avenue, were built following initial approval. 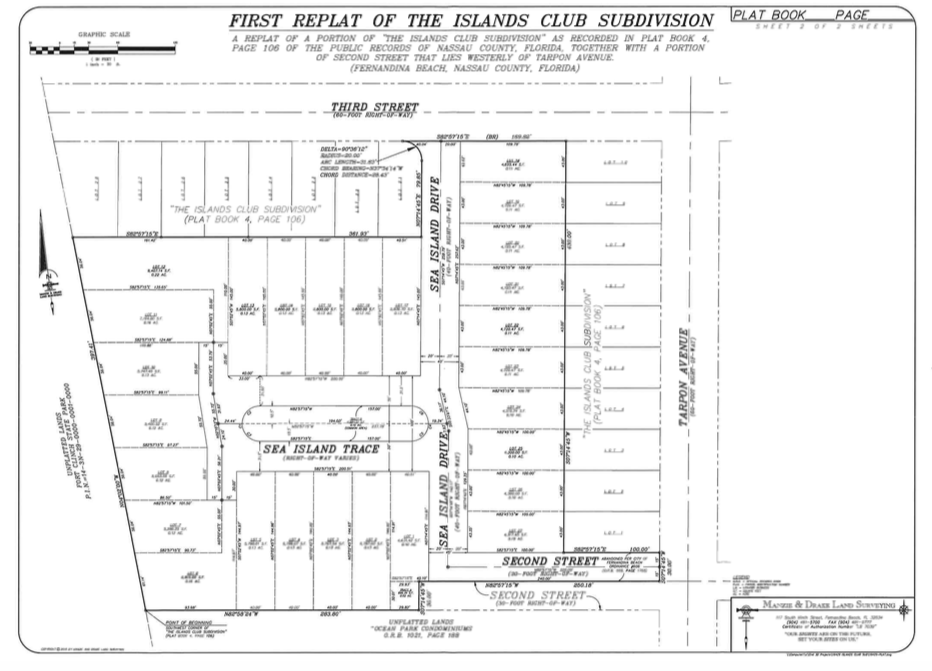 Both the Planning Advisory Board (PAB) and city staff recommended approval of the changes, to include the restrictions on development in the conservation areas.

The FBCC conducted a quasi-judicial hearing before voting 5-0 to approve the request. Several owners of homes constructed during the first phase of the PUD construction raised questions and concerns over the new construction and its impact on their properties. Commissioners also asked questions about the proposed buffer and plans to relocate gopher tortoises that have colonized the portion of the property bordering Fort Clinch.

The cul-de-sac street has been redesigned as a 100-foot wide right-of way with a 37-foot wide x 194-foot long center island. The center island will become the focal point of the development, with pools, cabanas, walking paths, a kid’s play area, and extensive landscaping.  The newly constructed areas will be gated.

Residents of the original PUD expressed frustration that they had not been notified of the plans to replat or resume building in what had appeared to be an abandoned development plan.  They raised concerns that the allowable building height of the new homes (45 feet) would invade the privacy of current owners.  Concerns were also addressed about the gopher tortoises.

Tomassetti and Planning Manager Kelly Gibson spoke to the concerns of neighbors and commissioners.  Gopher tortoises will be relocated to another Florida county in accordance with policies of the Florida Fish and Wildlife Commission.  The conservation buffer will be delineated from developable property.  Gibson said that other than surveyors, there should be no construction activity in the conservation area connected with the new development.

In his letter requesting the changes to the original PUD, owner John Proctor indicated that he had considered many design options for the site but settled on the one proposed as the best fit.  He added, “We intend to move quickly to construct the streets, landscaping and amenities. These will be completed within twenty-four months from the first issuance of building permits for the property. Once completed, the existing homeowners in the Islands Club PUD will be given the option, but not the obligation, to join the new Homeowners Association and to enjoy the on-site common elements and amenities.” 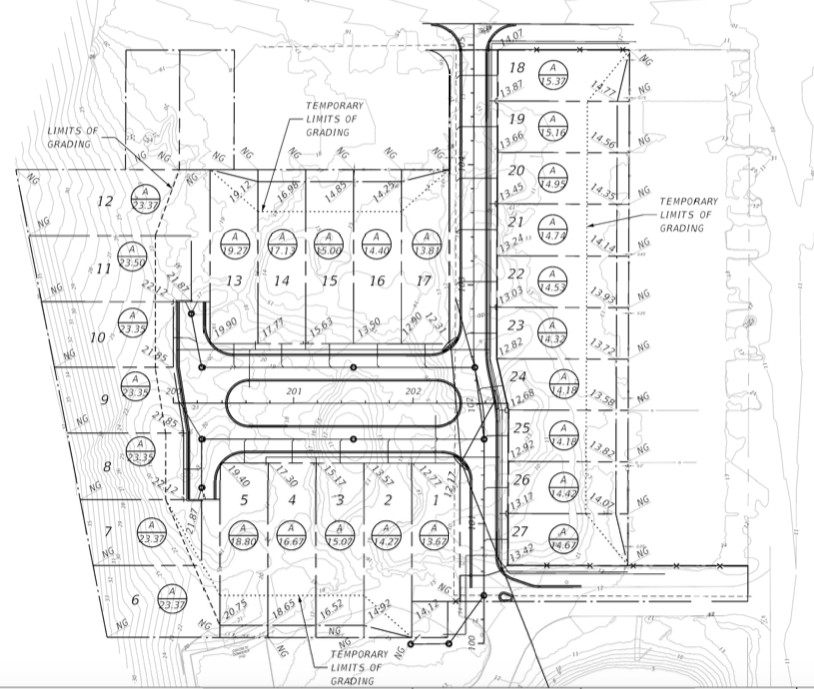 Proctor also wrote that the replat would allow for substantial open space in rear yards.  He agreed to provide a sidewalk along Sea Island Drive to extend beyond the replat boundary, along both West 2ndStreet and West 3rd Street, to Tarpon Avenue.

Unless otherwise prohibited through covenants and restrictions, these properties could obtain resort rental dwelling permits which would allow for weekly rental of the homes under the existing zoning designation of R-3.

Although some commissioners expressed regret that the area would be developed, they agreed that there was no legal impediment to such development. Commissioner Chip Ross, who had inquired about the possibility of the city purchasing the property to include in a conservation land trust, reported that the cost would run into the millions of dollars, effectively ruling out such a purchase.