One of the more controversial pieces of legislation passed during the recent Florida Legislative Session was HB631 (Possession of Real Property).  This bill updates real property provisions relating to access of real property and the establishment of customary use, a legal term that allows the public to use privately owned parts of the sand if they can show that it’s been used for years by the general public.

Not all beach communities are affected by this new law, although many are.  There is an exception for cities and counties that had an ordinance or rule adopted and in effect prior to Jan. 1, 2016.  Fernandina Beach is one of those communities that will not be affected. 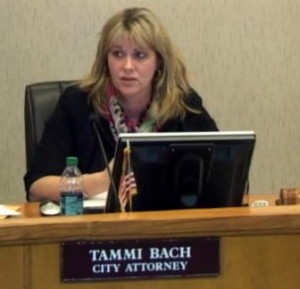 Even though the city does not have a customary use beach ordinance, Fernandina Beach City Attorney Tammi Bach wrote, “HB 631 is not going to affect the City since private property south of Main Beach only extend to the toe of the primary dune.  Private properties north of Main Beach and east of Ocean Avenue have either executed voluntary easement agreements with the City for beach renourishment or have easements established in favor of the City via eminent domain actions filed by Jacobs & Associates in 2004-2007.  Therefore, there is no dry sand that I know of in the City that is not City owned.”

HB 631 was one of many proposed this year that would allow the state to override local governments’ authority to tailor policies to meet the needs of their own communities, which might differ significantly from those of other communities around the state. Many of those so-termed “preemption” efforts went down in defeat.  But HB631 survived and has become law.  The new law forces those local governments that are not protected by a customary use ordinance or other means (as in Fernandina Beach) to mount a legal challenge to decide if the public can access private beach property in their jurisdictions above the mean high water line for recreational purposes.

Beach goers and beach communities around the state have raised alarms over what they see as a triumph for private property rights over the historical and traditional view that Florida’s beaches belong to all the people, not just the few who can afford beachfront property.

No man’s life, liberty or property is safe while the legislature is in session. —Author unknown