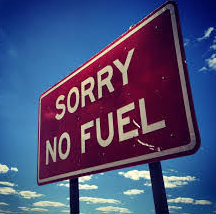 And just when the City seemed that close to returning the City Marina to full operation, another problem reared its ugly head.

At the September 1, 2020 Fernandina Beach City Commission (FBCC) Regular Meeting, more problems at the marina came to light.  Commissioner Chip Ross, who says he visits the marina daily to check on progress, reported that in the course of testing the fuel lines recently in preparation for restoring fueling function to the City Marina, a “tiny leak” in the line was discovered.

He explained that fuel lines are different from other lines because for safety reasons, they are double walled.  There is a line actually carrying the fuel inside another line that serves as environmental protection, in case a leak occurs in the main line.  Last week boaters notified Marina Manager Joe Springer of a sheen on the water, which would indicate a fuel spill.  While workers quickly contained the leak in the outer line, which could be seen, the location of the leak on the inner line is unknown.  The amount of fuel spilled was small because the line was neither full nor pressurized, and there was no environmental damage.

The fuel line was last tested in 2017, at which time it did not leak.  The line was installed when the marina was initially constructed, predating any current commissioner or current city staffer.  At the time of installation, there were no valves placed at intervals along the line, so discovering where the leak is occurring will be costly and further delay full service to the City Marina.

The firms that perform this type of repair work are already booked until the end of October.  City Attorney Tammi Bach explained briefly the various purchasing options the City might pursue to tackle the job.  Marine Utilities, the company already on site for marina repairs, is soliciting quotes for the city’s consideration.

Commissioners raised concerns about DEP involvement, environmental damage from the leak in the outer pipe, questioned whether there were less costly alternatives to the repair but agreed that the problem needed to be solved as soon as possible.

Marine Utilities will report their findings to the City Manager, who will bring back an action item for the FBCC’s consideration.

The replacement of the Northern Attenuator has been completed, except for restoring fueling capability.  In response to a question from Commissioner Ross, Marina Manager Joe Springer said that the Northern Attenuator has nonetheless been closed for several reasons.  It is being used as a work area for the crews working on the docks and the building that was damaged by Matthew.  It is often covered with cables and work items that could present a hazard to boaters.

More importantly, Springer said, keeping it open was misleading boaters that the Marina was open for fueling, which it is not.  He said that to date, all boaters have been accommodated in the Marina’s south basin.  If for some reason space there would not be available, he would open slips on the north side.

Vice Mayor Len Kreger asked the City Manager how the question of marina debt will be addressed in the coming budget to respond to concerns raised by the auditor.  City Manager Dale Martin responded that all the various debts will be combined into one and treated as an  internal loan from the City’s Utilities Fund.  The auditor has agreed that such action is appropriate.