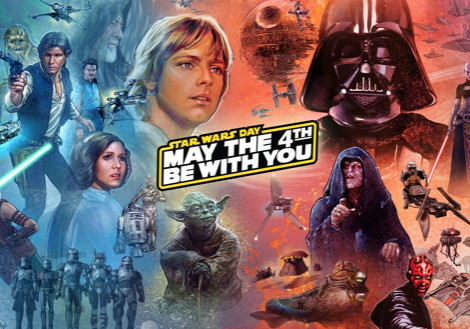 The adventure continues.  Just like Star Wars, the saga of the Fernandina Beach noise ordinance seems to have no end.  And yes, the latest chapter took place on May 4th.  What began as a problem with the recent opening of a new restaurant and the impact of its music amplification on a neighboring residence, the Hampton Inn and City Hall has morphed into a battle between purveyors and fans of live music and those who want an off switch to that music within their own homes.

The latest episode of this saga occurred on May 4, 2021, when the Fernandina Beach City Commission (FBCC) considered another ordinance to regulate excessive noise in the City.  The new ordinance — which looks very much like the one that was in effect when the entire battle began — was approved at First Reading on a 3-2 vote, with Mayor Mike Lednovich and Commissioner Bradley Bean dissenting.

After reversing course and abandoning thoughts of introducing decibel meters to measure sound, the FBCC reverted to the position of using the terminology “plainly audible” to determine if excessive volume of any sound outside industrial areas could be subject to enforcement.  City Attorney Tammi Bach has argued for this language in light of its legal sufficiency as determined by both the U.S. Supreme Court and the Florida Supreme Court as far back as 1949.

In order to address concerns raised in public hearings over the past months, The distance at which a noise can be “plainly audible” was extended to 150 feet, meaning that sounds — which include everything from lawnmowers and loud conversations to live music — may NOT be “plainly audible” at a further distance. 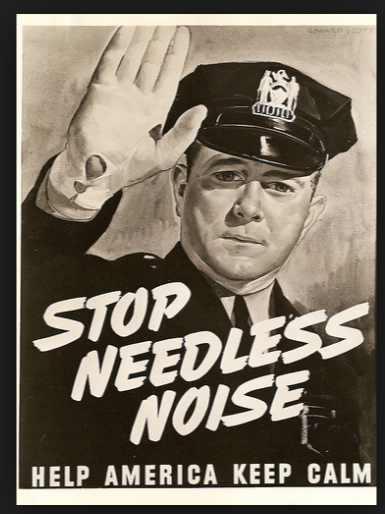 Earlier in the City’s history, the noise ordinance relied on decibel meters to determine if sound levels emanating from live music venues or other sources (barking dogs, generators, etc.) were excessive.  The use of sound meters proved to be ineffective due to many factors, including ambient noise, weather conditions and calibration of the meters.  The City switched to the “plainly audible” standard in 2017, alleviating frustrations of the Police Department in trying to base citations on decibel meter readings which were easily subject to challenge.

By and large, the revised Noise Ordinance worked well until new restaurants, located in close proximity to residential areas or lodging accommodations, opened.  Restaurants and their patrons locked horns with neighbors, in many cases working people who had lived many years enjoying peaceful nights’ sleep and the ability to choose their own music, at their own time.

While in some cases neighbors indicated they could live with acoustic music, their problem seemed to lie with the amplification levels.  Restaurants made the case that their revenues depended on attracting patrons for live performances, which included sound amplification.

An uneasy peace seemed to exist between live music venues and residents until the Boat House Restaurant opened on the corner of S. 2nd and Ash Streets.  Located next to a house occupied by the same family since 1929, across 2nd Street from the Hampton Inn, and directly across Ash Street from City Hall, complaints were lodged almost immediately about the sound levels of their musical performances.

The situation did not seem to improve following informal talks and warnings. The Boat House began collecting Police citations for violating the noise ordinance.  An attorney threatened legal action against the City, claiming that parts of the ordinance were unconstitutional.  City Attorney Tammi Bach agreed, and proposed tweaking the Ordinance to address those concerns which centered around the argument that exempting content-specific sounds (e.g., church bells, political activity) was unconstitutional.

Between that decision and the First Reading of the slightly revised Ordinance, a firestorm erupted on social media alleging that the FBCC planned to ban live music in Fernandina Beach.  Despite repeated denials by Commissioners, this allegation has refused to die.  Crowds holding signs in support of live music continue to assemble outside City Hall Commission Chambers whenever the noise ordinance appears on an agenda.

In the mean time, the owner of The Boat House has agreed to take certain steps to better contain sound, musicians seem to have become more sensitive to the impact of their amplifiers on neighbors, and even the next door resident admits that the situation has improved.

Prior to FBCC discussion, 7 people rose to discuss their concerns with the ordinance, the current situation, and how to move forward. 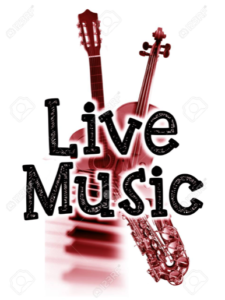 Speaker Paul Lore summed up the situation for many, wondering “how something so simple has turned so complex.”  Restaurateur Amy Petroy and musician Hupp Huppmann wondered why a group of people representing all sides of the problem had not been formed to come up with a solution.  Annette Acosta, who resides next door to The Boat House, reported that over the weekend the music level had been lowered considerably, so much so that she could no longer hear it inside her house.  Yet she noted no drop in the restaurant’s patronage.

Commissioner Chip Ross raised issues with respect to measuring sound levels to determine how loud is too loud that would result in a citation.  He acknowledged that the FBCC had rejected using decibel meters and now needed to grapple with the plainly audible standard.  He suggested that at any time of the day in all districts of the City if any noise is “plainly audible” in any building that is not the source of the sound, that would constitute a violation.

“If you can hear it in your own home or your own business and it comes from outside the building, it’s a violation,” Ross suggested.  “This would protect property rights of residents and businesses [to the quiet enjoyment of their property].”  Ross’ suggestion eliminated the need to establish distances.  He proposed his idea as an amendment.  Vice Mayor Len Kreger, who made the motion to approve the ordinance as presented, refused to accept the amendment.  Ross’ motion died for lack of a second.

Commissioner Bradley Bean turned discussion back to the original motion on the table.  He cited potential problems with people filing noise complaints about activities such as lawn mowing.  He believed that the ordinance under consideration was unreasonable and too restrictive.  He supported the need for a citizens’ committee to fashion a solution. 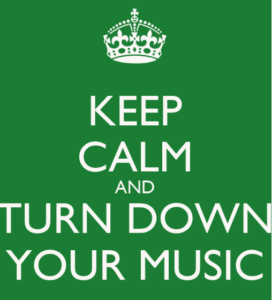 Vice Mayor Len Kreger reminded Commissioners that the City’s noise ordinance has worked well for years with few complaints and even fewer citations.  “We tend to have a problem when a new facility comes in and sets up next to a house.  In the case of The Boat House, the owner has promised to work closely with Mrs. Acosta to resolve the problem.  It hasn’t happened yet.  “Don’t forget that we are talking about people’s homes.  This is not anti music; it is protecting people’s rights to enjoy living in their homes.

“This town was not built on Rock and Roll; it was built on working class paper mill workers and shrimpers.  Music is nice, but people who live here have rights,” Kreger said.  “We must accommodate everybody.  That doesn’t mean we can’t move on, but what options do we have?”

Ross claimed he was hearing mixed messages from Commissioners.

Kreger said that he believed Ross’ earlier suggestion was extreme.  “I can hear kids going to school from inside my house,” he said.  “I think [suggesting that could be a violation] is extreme.”

Commissioner David Sturges said that there are too many variables depending on the style and construction of houses to be able to make a generalization about interior noise levels inside homes.

Ross said that most of the complaints the City receives are not about music but about sound.  He cited barking dogs as an example.  He suggested modifying his original proposal to use property line as a guide as opposed to home interiors.

City Attorney Bach took issue with Ross’ claim that using measured distance from sound sources was “capricious.”  She said, “The whole point about picking a number of feet is not capricious, and we have debated that here.  You put the public on notice and what you expect—period.  We didn’t pull the number out of the air.  We gave latitude to the concerns of the live music advocates downtown by going from 100 to 150 feet.”  Bach reminded Commissioners that prior to any citation, complaints go through a process that involves issuance of oral and/or written warnings to resolve any complaint before fines kick in.

Mayor Mike Lednovich expressed his concern that the proposed ordinance will lead to non-stop complaints to the Police.  He added that the Palace Saloon has applied for a permit for an outdoor bandstand, which may result in even more complaints.  “This Ordinance does not solve the issue of preserving live music downtown and the peace and quiet of residents and guests at the Hampton Inn and the marina.”

The Ordinance passed on First Reading on a 3-2 vote, with Bean and Lednovich dissenting.  The next reading is scheduled for May 18, 2021.