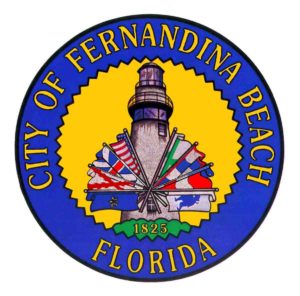 With the recent change in Florida Statute allowing Floridians to use fireworks legally on the 4th of July, New Year’s Eve, and New Year’s Day, and with Nassau County’s recent Executive Order #15 preventing commercial fireworks displays, we encourage citizens to read through the following safety information regarding the use of fireworks at home.

The Fernandina Beach Fire Department does not endorse the use of fireworks by consumers, due to demonstrated fire safety and health hazards, as reported by the U.S. Consumer Product Safety Commission’s 2018 Fireworks Annual Report. The department also discourages the use of these fireworks in or near environmentally sensitive areas: the beaches, the greenway, or areas close to forest lands.

Each 4th of July, thousands of people, most often children and teens, are injured while using consumer fireworks. Despite the dangers of fireworks, few people understand the risks associated with their use. Fireworks started an estimated 19,500 fires in 2018, including 1,900 structure fires, 500 vehicle fires, and 17,100 outside and other fires. These fires caused five deaths, 46 civilian injuries, and $105 million in direct property damage. U.S. hospital emergency rooms treated an estimated 9,100 people for fireworks-related injuries; half of those injuries were to extremities and 34% were to eyes or other parts of the head. Children younger than 15 years of age accounted for more than one-third (36%) of the estimated 2018 injuries.

If you do elect to engage in the use of fireworks this 4th of July:
• Familiarize yourself with the printed instructions of each style of firework you purchase, and carefully follow those guidelines
• Make sure you have a designated “launch area” that is a safe distance from people, homes, and vehicles – at least 150 ft of clearance is recommended
• Only 1 person, a responsible adult, should be permitted in the launch area. Children should NEVER be near fireworks
• Never hold a lit firework in your hands
• Keep unlit fireworks away from the lighting area to avoid accidental lighting
• Do not light fireworks on dry grass or brush, as these will easily burn and the fire will spread
• Have a 911-enabled phone readily available in the event of an emergency
• Never consume alcohol when lighting/using fireworks – have a designated lighter who remains sober

We wish everyone a happy, safe 4th of July!