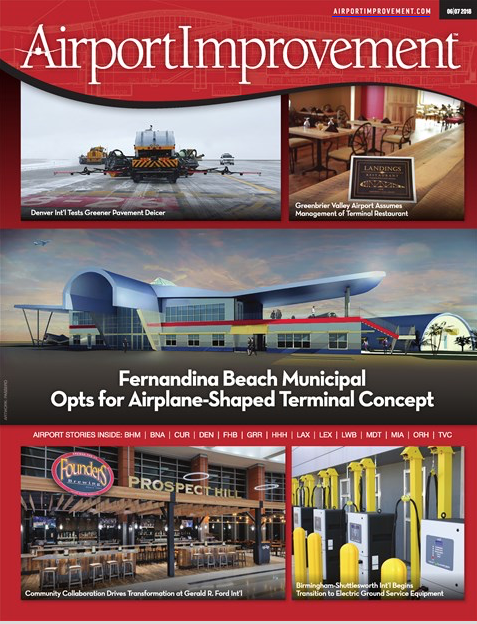 The 12,500 square foot terminal replaces a dilapidated metal hangar that formerly housed the FBO and an equally “historic” trailer that served as the office for the city’s airport management personnel.

The magazine article lays out funding for the project as well as explaining that the structure was built to withstand Category 4 Hurricane winds.  The structure is not meant to serve as a hurricane shelter; but it can serve as an emergency operations structure during hurricane recovery operations.

The airport continues to draw more visitors and activities, the volume of which is anticipated to increase following the terminal’s completion and occupancy this summer.  The city reported a recent wedding held in an airport hangar, and major companies are looking to use the airport’s services soon.