“Why is music considered noise?”

These questions and others once again dominated discussions before the Fernandina Beach City Commission, this time during their April 6, 2021 Regular Meeting.

City Attorney Tammi Back presented commissioners with the option of two ordinances to revise the existing noise ordinance.  The first would have made minor changes to the existing ordinance by removing content specific references that could have subjected the ordinance to charges of constitutional violations.  It retained the “plainly audible” standard for determining noise violations, which Bach reminded Commissioners, has been upheld by the Florida Supreme Court.  The second, while addressing the constitutional concerns, also called for the modification of the term “plainly audible” with reference to noise and replacing that with specific decibel readings, thereby addressing what some called subjectivity.  This ordinance was modeled after the St. Augustine noise ordinance. Five speakers addressed the FBCC in support of live music.  One speaker suggested mandating that musical performances end at specific times, thereby eliminating the need for measuring sound after those times.  Another speaker supported self regulation by venues and musicians, along with a moratorium on citations until a new ordinance takes effect.  A third speaker reminded commissioners that use of a decibel meter could also be problematic, depending on ambient noise, weather conditions and calibration.

City Manager Dale Martin reported that the Police Department has issued only 5 citations for noise violations downtown since 2016.  Mayor Mike Lednovich claimed responsibility for two of those citations following complaints he filed against the Boat House.  Commissioner Bradley Bean took issue with Martin’s interpretation of the problem based on the low level of citations.  Bean said that in many more instances music had been stopped following complaints, but before citations could be issued.

In discussing the proposed ordinances, only Bean and Lednovich seemed strongly in favor of using decibel meters to measure sound against a City-imposed standard.  Both claimed that without objective  criteria, any citation would be arbitrary, despite Bach’s position that the “clearly audible” standard had served the City well. 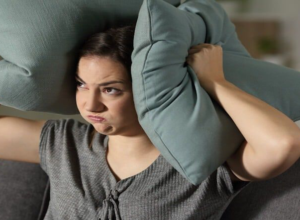 Commissioner Chip Ross, who had experience with decibel metering when he lived in Maryland, claimed to be ambivalent, citing both the positive and negative aspects of metering sound.  He also cited cost to the city in having to equip Police and Code Enforcement  officers with decibel meters and train them in their use.  He suggested that these meters could cost a thousand dollars each.

Vice Mayor Len Kreger strongly supported an approach to the problem that involved jawboning with both violators and residents to resolve issues.  He cited efforts already underway by local music venues to muffle sound.  Kreger expressed a fear that introducing decibel meters would eventually be the death knell to live performances downtown.  He suggested moving slowly, adding that if after a specific trial period the problem remained, that would be the time to consider adopting decibel meters.  “This is not a crisis,” Kreger said.

While Commissioner David Sturges initially appeared to agree with Kreger, he backed off this position in favor of decibel meters as the discussion wore on. Commissioners refocused on the second ordinance (2021-14)  , calling for the use of decibel meters.  This ordinance was approved on first reading on a 4-1 vote, with only Kreger dissenting.

In approving this ordinance, commissioners set 65 decibels as the acceptable noise level generally in the city, but allowing a level of 80 decibels between the hours of 5-10 pm Monday through Thursday; 5-11 pm on Friday; Saturday, noon – 11 pm; and Sunday, noon to 10 pm.

According to the Center for Disease Control and Prevention (CDC), normal indoor conversation as well as household appliances such as washing machines, dishwashers and air conditioners are measured between 60-70 decibels.  City traffic measured from inside the car, gas powered lawnmowers and leaf blowers measure between 80-85 decibels.

Commissioner Chip Ross raised a series of questions to which he received the following answers from City Attorney Bach: 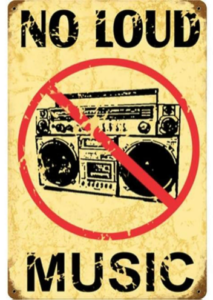 Commissioner Ross stated that he would bring a boom box and a decibel meter to the next hearing of the ordinance to demonstrate how loud 80 decibels sounds.

Spurred on by erroneous reports that the FBCC was considering banning live music performances, a crowd once again gathered outside City Hall to show their support for local musicians and live performances.  The crowd, many of whom carried homemade signs of support for live music, congregated during the pre-meeting workshop which was held on a different topic.  By the time the FBCC actually addressed the noise ordinance, the crowd had dispersed, many to the Boat House Restaurant across the street.

There will be a Second Reading and public hearing of Ordinance 2021-14 at the April 20, 2012 Fernandina Beach City Commission Regular Meeting.  Until such time as a new ordinance is adopted, City Attorney Bach stated that the City in effect has no noise ordinance.