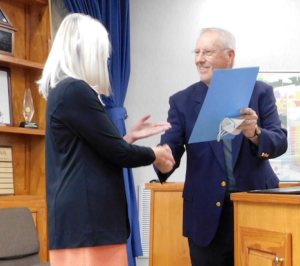 WHEREAS, in 1955, the Daughters of the American Revolution petitioned Congress to annually set aside the dates of September 17 through 23 to be dedicated for the observance of Constitution Week in commemoration of America’s most important document; and
WHEREAS, the United States Constitution stands as a testament to the stalwart tenacity of Americans throughout history to maintain their liberties, freedoms and inalienable rights; and
WHEREAS, for more than two centuries, the Constitution has presided as the supreme law of the land, keeping our nation’s leaders true to America’s highest ideals and guaranteeing the fundamental rights that make our country a beacon of hope to all people seeking freedom and justice; and
WHEREAS, September 17, 2021, marks the 234th anniversary of the drafting of the Constitution of the United States of America; and
WHEREAS, the Constitution is structurally predicated on governance by “We the People”, making citizens’ understanding of the Constitution and its framework an essential element of the future of our country and the civic health of its populate; and 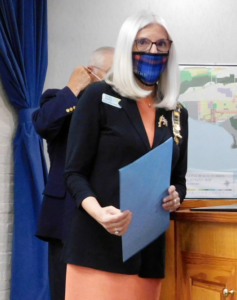 WHEREAS, it is fitting and proper to accord official recognition to this magnificent document and its memorable anniversary; and to the patriotic celebrations which will commemorate the occasion.

Mayle thanked the City and encouraged the public to reread the Constitution “to know what it says, and what it doesn’t.”