Several steps are required to effect voluntary annexations.  The FBCC must conduct quasi judicial hearings prior to voting to approve/disapprove the action.  Then there are ordinances to consider which would change the Future Land Use Map (FLUM) assignment and the Zoning Map assignment to reflect the change from county to city designations.  A minimum of two readings are necessary for each voluntary annexation.

Requests for annexation are vetted by City Planners and the Planning Advisory Board (PAB) prior to presentation to the FBCC in the form of Ordinances.  In both cases considered on September 7, City staff and the PAB recommended approval. 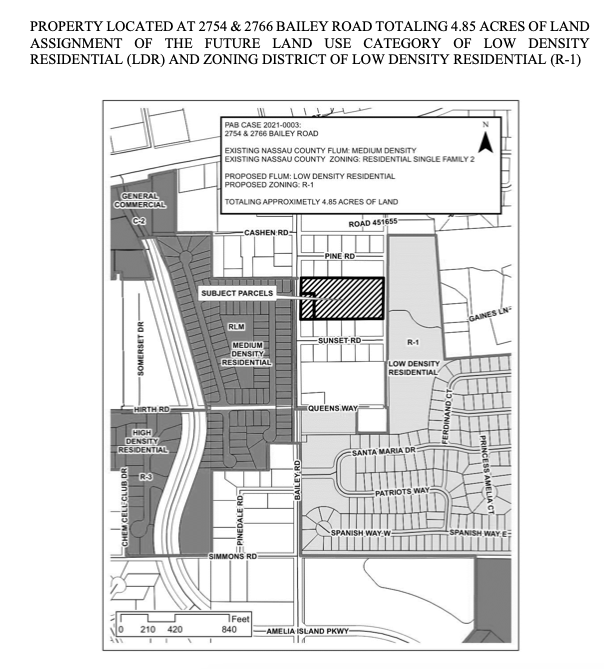 Commissioners conducted the quasi judicial hearing, and no party spoke for or against the proposal.  Commissioners voted unanimously to approve the FLUM and Zoning Map changes on the grounds that the property is currently zoned residential by the county and would remain so following annexation. 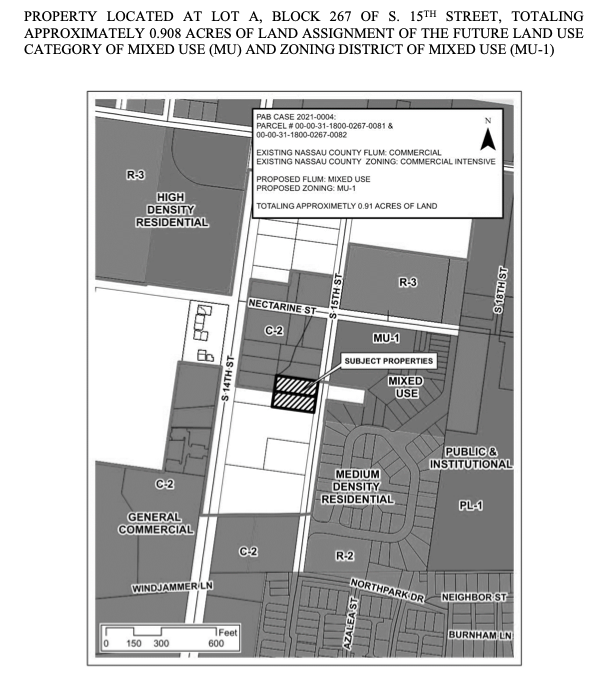 The existing County CI zoning allows for a residential caretaker’s units and this use is currently present adjacent to the subject site. Consequently, mixed use currently exists within the immediate area.

Although both City Staff and the Planning Advisory recommended approving this annexation, the FBCC voted 3-2 against it.  The Commissioners voting in opposition—Mayor Mike Lednovich, Vice Mayor Len Kreger, and Commissioner Chip Ross — have consistently voted against land use changes that would convert Industrial or Commercial properties into residential.

City Planning Director Kelly explained that the recommendation to zone this property MU-1 seemed appropriate for a small piece of property that abuts both residential and commercial property.

Commissioner Ross said, “I do not believe that we should be taking commercial land and turning it into more people coming here.  This land will be used for housing.  You can say what you want about Mixed Use, but I hear more and more complaints [from residents] about the increased congestion that comes with more housing.  I will be voting against this.  This is nothing against the applicant or the project, it is just my policy.”

Commissioner David Sturges disagreed with Ross, citing the small size of the parcel and the zoning of surrounding property.  Approving the request would only add 8 residential units (townhouses) he said.

Vice Mayor Len Kreger agreed with Ross and said he would vote no.

Commissioner Bradley Bean said that he would vote for this item because of the City’s need for affordable housing.

Ross reminded Bean that the apartment complex at 14th and Lime Street was originally touted as a project designed to increase affordable housing, but that did not materialize.  Kreger said that while he had proposed affordable housing for that project, he did not get a second on his motion.  The project went forward to be rented at market prices.

Lednovich said he would stand on his campaign promise not to convert commercial and industrial into residential property.  He cited examples of townhouse developments around the city that he believed were out of place in neighborhood designs.

When the vote was taken, only Commissioners Bean and Sturges supported it, so the item failed on a 2-3 vote.