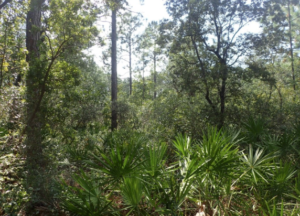 Fernandina Beach City Commissioners (FBCC) have responded to citizen calls for measures to preserve undeveloped and environmentally sensitive land by unanimously passing Ordinance 2018-13 on First Reading at their May 15, 2018 Regular Meeting.

The land conservation trust fund will hold appropriated, grant or donated revenue for the purpose of purchasing lands from willing sellers that will remain as conservation land, meaning that they cannot be developed.

The Ordinance calls for the development of two specific lists:

It appears that the first money to be included in the fund is the $115K contribution from the developers of Amelia Bluff.  A portion of Parks and Recreation Impact Fees may also be included.

Vice Mayor Len Kreger voiced strong support for the Ordinance.  He informed commissioners that 24 percent of city land is currently designated recreation (primarily open space) and 17 percent currently designated conservation.  He added that 19 percent of the city’s land has been designated industrial, which in many cases, he said, is open space land.  Kreger said that this puts the city in an excellent position regarding land conservation, since many experts claim that 32 percent open space is the tripping point for action.  “There is not a lot of land left to buy,” Kreger said, “but we need to buy it.

Commissioner Chip Ross proposed several changes, which will be incorporated for consideration during Second Reading of the Ordinance scheduled for June 19, 2018.

City Attorney Tammi Bach said that she had a couple of items that she wanted to run past the Amelia Tree Conservancy in the meantime.  She invited commissioners and the public to send any additional input to her for consideration.