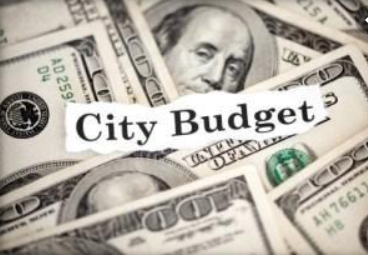 At a Special Meeting on July 28, 2020 called for the purpose of setting the tentative millage rate for the coming Fiscal Year, the Fernandina Beach City Commission (FBCC) voted 3-2 to adopt the adjusted rollback rate of 5.4683 and the millage for voter approved debt (Greenway) of 0.1553.  Vice Mayor Len Kreger and Commissioner Mike Lednovich voted against the rate, after their motion to adopt the rollback rate of 5.2977 failed on a 2-3 vote.  The difference between the rollback and the adjusted rollback rates relates to an inflation factor, allowed by state law to be approved on a 3-2 vote.

The City Manager had previously submitted a proposed FY2020/21 Budget to the FBCC that included millage rate of 5.8553, the same rate that was levied for FY 2019/20 minus the one-year conservation levy of 0.5 mills.

The FBCC will hold budget workshops and public hearings in August and September to determine where budget cuts will be taken from the City Manager’s proposed budget to eliminate the approximately $1.5M in proposed expenditures to reconcile the budget with the lower millage rate adopted by the FBCC with their approval of Resolution 2020-100. The FBCC may lower the tentative millage rate even further following discussions, but may not raise the rate.

The meeting and public input

Kreger and Lednovich, who are competing to be the next Mayor of Fernandina Beach, were adamant in opposing any millage rate that exceeded the rollback rate.  They both cited the unprecedented challenges the community faces with the coronovirus pandemic and the resulting economic downturn.  Lednovich quoted a 13 percent unemployment rate for Nassau County and said, “We are living in a false economy, propped up by bailouts.  We must watch every penny.”  Kreger said that because of the economic uncertainty facing residents and businesses, “Now is not the time to incur more taxes.”

Although the agenda did not provide for public input, Mayor John Miller allowed speakers to address the FBCC prior to taking the vote.  Eleven people addressed the commissioners, many from the newly formed organization Common Sense Fernandina Beach.  Jack Knocke of Common Sense Fernandina Beach reminded commissioners that City property tax receipts had risen 48 percent. Speakers urged commissioners to eliminate non essential spending or put off projects for the coming year in light of uncertainty over the continued impact of the virus.  Speakers stressed the need for transparency in developing the budget and urged fiscal restraint.

Some of the suggestions for making up the $1.5M shortfall caused by going to the rollback rate:

Many speakers stressed the economic hardships that the pandemic had caused them personally or their businesses.  Only one speaker, citing optimism that the City will get beyond the current pandemic-related problems, urged the FBCC to continue essential projects that are currently underway, such as shoreline stabilization and waterfront improvements.

Commissioners listened intently to the speakers, occasionally interrupting to correct or clarify statements.

Commissioner Chip Ross, who proposed the adjusted rollback rate as opposed to the rollback rate, cited current uncertainty over revenue anticipated from the state within the next few weeks.  He also said that allowing for inflation is important because the City is bound by contract to raise Police and Fire salaries to meet inflation rises. “The best way to support our public safety workers is to pay them,” he said.  Ross put forth his ideas for reducing the budget  to include addressing the marina debt through internal borrowing from the Utilities Fund.

The City Manager had put together his budget, with the higher millage rate, based upon direction from the FBCC to incorporate recommendations from Stantec, the financial firm hired by the City last year to address concerns about long term marina and golf course debt identified by the City’s auditor.  Ross pointed out that the auditor has worked for the City for many years.  He suggested that Stantec be brought in to review any revisions to the actions they suggested last year prior to approving a final budget.

Ross reminded commissioners that if they can find additional savings during their budget workshops, the adjusted rollback rate could be further reduced to the rollback rate before final adoption.

Commissioner Phil Chapman also called for reduction in water and sewer rates, as well as a reexamination of the contract with Advanced Disposal for waste removal.

Kreger moved and Lednovich seconded a motion to adopt the rollback rate of 5.2977 plus the voter approved debt of 0.1553 mills,  Lednovich said that the problem he had with supporting the adjusted rollback rate was that while technically the rate set at this meeting can be reduced prior to final approval, in fact it does not happen.  “I have zero confidence that will happen,” he said.

Chapman said he supported Ross’ argument for the adjusted rollback rate.  Going forward he said he wanted to see where the cuts would be taken and wanted to hear from staff about the effects of those cuts.  “Otherwise, we’re just throwing numbers around,” he said.  He asked the City Manager to develop a list of cuts that would be necessary to move from the adjusted rollback rate to the rollback rate along with an explanation of projected impacts on services to city residents.

Ross said that that without information from the state on projected revenue losses to the city in sales tax and other revenue, it would not be possible for him to support the rollback rate at this time.

Kreger echoed Lednovich’s concern.  “No way are we going to go back from the rate we set tonight.  That’s crazy.  We are talking about real simple stuff, and we can make it work with the rollback rate.”

Lednovich said, “I’m just going to say this for the final time.  We are in extraordinary times not seen in a hundred years.  Anyone who sits here and says we are on economic bedrock is not facing reality.  When our own Tourist Development Council says revenues will drop 50-60 percent. … The people of this city deserve the rollback rate, because things are going to get worse.  Every penny in their pocket counts.”

Milller called for the vote on adopting the rollback rate of 5.2977, which failed on a 2-3 vote.

Ross then moved to adopt the adjusted rollback rate of 5.4683, and Chapman seconded his motion.

City Attorney Tammi Bach read the TRIM statement into the record.  She indicated that the proposed rate under Ross’ motion exceeded the rollback rate by 3.22 percent and therefore is considered a tax increase.  “In reality, because of the way the tax system works, many of us will see a reduction,” she said.  In response to a question from Lednovich, she confirmed that three votes are required to adopt the adjusted millage rate as a tentative or final rate.  “You are setting the ceiling tonight,” she said.

The adjusted rollback rate of 5.4683 was adopted as a tentative 2020/21 millage rate on a 3-2 vote with Kreger and Lednovich voting in opposition.

The City Commission Budget Workshops will be held on August 5th and 11th.  Public hearings on the budget are scheduled for September 8 and 22.