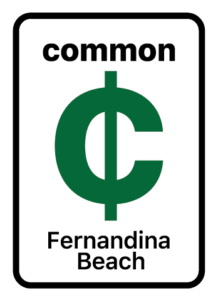 “Getting control of spending of taxpayer money is more important now than ever,” says retired media executive Frank Quigley, a founding Common Sense member. “This is particularly imperative now when so many residents and business are on financial life support due to the coronavirus pandemic.”

“We are advocating that city commissioners prioritize spending now and for the long term. We feel we are paying far more than needed, and are spending on pet projects with unclear benefit. We want to get in front of this well in advance of the fall budget workshops”.

To achieve its objectives the watchdog organization will involve itself in a variety of local efforts including:

Individually contacting the City Manager, Commissioners and department heads and advisory board chairs.

Identifying, endorsing and supporting like-minded candidates to run for the City Commission.

“Common Sense advocates a balanced, ‘common sense approach to local government spending”, says founding member Jack Knocke, entrepreneur, virtual Chief-IoT-Officer and adjunct Professor Of Business/Florida State College at Jacksonville “We believe that properly balancing growth and quality of life issues, as well as local government spending initiatives, the citizens’ tax burden, and protection of our barrier island, will result in prosperity for everyone who lives here. However, we demand financial discipline by the city when they spend our money in good times, not only lean times.”

The group identified serious financial issues that have plagued the city, all prior to the current virus-initiated recession. These include enterprise funds that are losing money every year; the massive debt load carried by the marina itself; and the city’s underfunded employee pension fund. “Common Sense is fervently opposed to simply raising taxes to cover these. This has to stop being the course we take, and taxpayers need to speak up”, adds Quigley. “We need to stop papering over problems and actually fix them”.

Says Knocke, “Essential services including law enforcement, public safety, healthcare, sanitation, and similar city services must be protected. Common Sense Fernandina exists to identify what the city can afford and what it cannot. Finally, we are demanding that the city produce a long-range financial plan that identifies spending priorities, and do so with minimum tax and fee increases”.