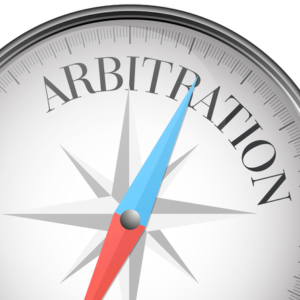 The City of Fernandina Beach and FEMA have been at impasse for several years over FEMA’s obligation to pay for repairs to the City Marina following damages caused by Hurricane Matthew in 2016.  The City Manager and City Attorney believe it to be in the best interest of the City to hire an expert in FEMA arbitration to increase the chances the City recover the costs for Marina repairs.  On a 5-0 vote at their May 18, 2021 Regular Meeting, Fernandina Beach City Commissioners (FBCC) agreed.

Arbitration, a form of alternative dispute resolution, is a way to resolve disputes outside the judiciary courts. The dispute will be decided by one or more persons, which renders the ‘arbitration award’.

Despite initial assurances that FEMA would reimburse the city for South attenuator repairs in the amount of $6,522,866, the agency only obligated $629,111.  Although the City filed an administrative appeal of FEMA’s decision in a timely manner, FEMA has failed to adhere to the established deadline for a response.  Due to FEMA’s failure to respond, the next remedy available to the City is arbitration before the Civilian Board of Contract Appeals (CBCA), a course recommended by City Manager Dale Martin and City Attorney Tammi Bach.

It should be noted that the City is only seeking reimbursement for authorized repairs, not the reconfiguration of the docks in the south basin.

The CBCA is very much a neutral and impartial decision-maker. I have not seen anything that would demonstrate bias toward FEMA. If FEMA fails to argue its case, the CBCA will find in favor of the Applicant, so long as the record would support doing so. Arbitration is an opportunity to have an unbiased decision on a process that was originally kept within FEMA’s sole control. It would also provide the City a much quicker resolution than waiting through the appeal process. As a reminder, even if FEMA does render a decision on this first appeal, the decision may still be adverse to the City’s interests, which would necessitate a second appeal. On the other hand, a favorable first appeal determination does not automatically indicate a quick obligation of funding.

Based upon the City Attorney’s exhaustive search of arbitrations and results, the FBCC at its May 18, 2021 Regular Meeting agreed to engage the legal services of the Washington, D.C. firm of Baker, Donelson, Bearman, Caldwell & Berkowitz, PC with regard to the appeal and potential arbitration.

City Attorney Bach reported that over the past 10 years, Ernest Abbott, who will be the firm’s lead lawyer for the City, has always gotten a positive outcome for his clients.  According to both Bach and City Commissioner Chip Ross, Abbott’s name comes up over and over again in arbitration cases.  Bach said that she would highly recommend hiring him and reminded commissioners that the City’s purchasing code does not require competitive bids for legal services.

Bach said, “Do not fear that we are putting all our eggs in one basket with Mr. Abbott. … He promised me that we will all meet together, he will go over the paperwork, and tell us what our chances of success are before moving forward.”

Ross moved approval of the resolution to proceed to arbitration with amendment to engage the recommended legal services, and Commissioner Bradley Bean seconded the motion.

Mayor Mike Lednovich asked what the initial assessment would cost, and Bach did not have that information.  She suggested it would depend on how much material is involved and how long it would take to review.  Based on that assessment, the FBCC can reconsider its decision to proceed.

The City is not challenging FEMA’s decision to fund repairs on the north attenuator of the marina.  There will be a Resolution on the June 1 FBCC agenda to accept the FEMA settlement for the North attenuator, which came in at $1.3M of the $1.5M the City requested.