For years the City of Fernandina Beach and the Code Enforcement and Appeals Board have dealt with complaints and code violations for a commercial property owned by Mark R. O’Brien at 400 S. 8th Street.  Generally known as “the Taylor Rental property,” the structure has been cited numerous times for a variety of complaints, racking up significant fines.  The owner has attempted to sell the property for over a year.  But no deal has materialized — until now (hopefully).

The City’s Technical Review Committee (TRC) was presented today with a pre-application concept that proposes to demolish the structures on the property and replace them with ten duplex residences on the 2.3 acre parcel.  Nick Gillette of Gillette & Associates, Inc.  walked TRC members through the conceptual plan which would locate 7 of the duplex buildings along 8th Street and 3 along 9th Street. 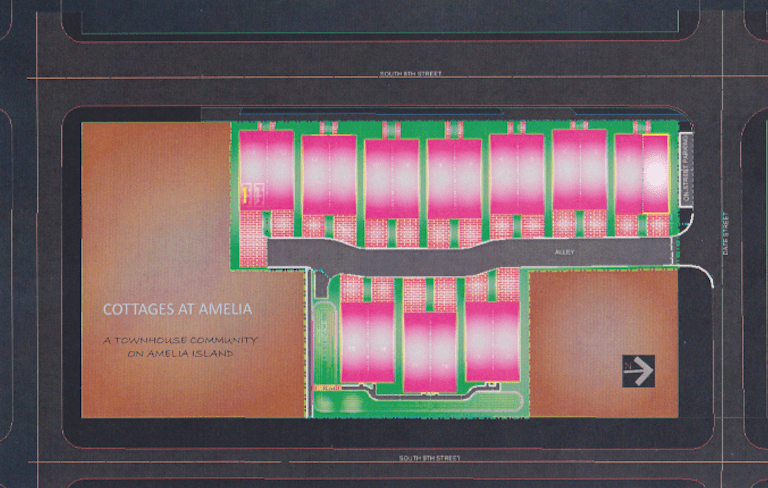 TRC members discussed issues relating to stormwater, sidewalks and access.  Senior Planner Jacob Platt indicated that the City would prefer mixed commercial/residential projects in Multiple Use Overlay districts.  Gillette pointed out that this project, tentatively named Cottages At Amelia, would be the only new residential project within that district and that the project would alleviate multiple concerns over the current structures and use of the land.

The project received guidance from the TRC to incorporate in a future application.