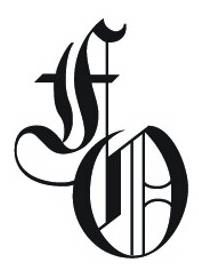 As a City Commissioner, I receive many emails each day. I recently received the following e-mail concerning the waterfront plan. The questions were noteworthy. The e-mail stated that:

“We all know of the flooding problem on Front St and the surrounding areas.

Is this data available? If not, why not? I would truly like to see it.

I’m not for or against the project. How can anyone make an informed decision without all the necessary data?

“I hope you and your family are well. Thank you for e-mail and thoughts.

I am curious where you obtained the $20 million dollar estimate? The total cost of the flood protection for the downtown is at best an educated guess at this point – it may be more or may be less.

As for damages: The recent and current damages from flooding are probably relatively small. Front Street is impassable several days a year. The year-to-year impact is probably small and would not justify the project.
However, the flood protection is being designed to mitigate damage from a 100-year flood event.

What is known is that there is a 2% chance per year of the downtown having significant flooding up to the Post Office [see FEMA flood maps for exact delineation]. I do not believe anyone has calculated how much structural and long-term economic damage such a flood event would cause. I believe it would significantly exceed $20 million.

What is also known is that flooding will impact the operations of the railroad. The Westrock mill uses the railroad as their primary method of shipping their product. Interruption of rail service to the Port and the Westrock mill will have significant economic impact.

If you have any further questions or concerns please let me know.”

“Thank you for your response, Chip. It is very informative information that I have not seen before. Like I said, I was neither for nor against the effort to help address the flooding, but your information puts me closer in the “we need to do this” camp. I am, however, still concerned about spending a lot of money for something that has but a 10% chance of occurring within the next 5 years.

Again, thanks for the information”

“To best of my knowledge the risk is not cumulative but 2% each year, but is a 100% if it happens. That being said, if I told you that you had 2 chances out of hundred of being seriously injured if you participated in a certain activity, would you participate in that activity? Some would, some would not. It depends on your risk tolerance.”

A significant threat to the economies of Nassau County and the City is flooding, significant flood surge, and the continued rise of flood insurance premiums. The City produced 27% and the entire Island produces 60% of the ad valorem tax revenue for Nassau County, Flooding or storm surge, is a particularly dangerous threat to the historic downtown (which rivals the beaches in numbers of visitors each year).

The inability of a prospective buyer to be able to afford flood insurance, which is a mortgage requirement, can drop property values significantly. I have a friend who owned a waterfront property in Georgia. His property’s flood insurance rose to $30,000 per year. He had difficulty selling the property due to the fact that most mortgages require flood insurance for the buyer. He decided to keep the property as a rental and forego the insurance instead of losing money on his property. (Cash buyers can decide if they want to go without insurance.)

On a more positive note, FEMA does reward communities with up to 50% discounts on flood insurance premiums when flood ordinances are enacted and implemented. FEMA also rewards communities with lower premiums when they take protective measures. Risk of flooding and the protection of valuable, economically critical structures is essential to not only maintaining a tax base, but also keeping property values stable on the island. Adequate flood protection and adherence to flood ordinances should be the goal of all island residents who want to be able to sell their properties in the future. Our island’s economy and property values depend on how we prepare to adapt to major flooding events in the future.