At the January 19, 2021 Fernandina Beach City Commission (FBCC) Regular Meeting, representatives of Passero Associates and Marquis Latimer + Halbeck provided updates on the continuing design and planning work for waterfront improvements along the Amelia River front.  The two engineering and design firms have been working together to produce plans that integrate shoreline stabilization with constructing a riverfront park.  By combining these two efforts, the city will be able to save both time and money in construction.

Pending approval from the FBCC, both firms are ready to move on to the next phase of design, permitting and construction.  The FBCC will discuss these projects during their January 27, 2021 Planning Workshop, which will be held from 8-5 at the Golf Course Club House.  The workshop is open to the public.  The FBCC will take up the matter more formally at a Regular FBCC Meeting in February.

The progress of both projects has been reported in the Fernandina Observer.  Earlier articles may be found by keying in search terms on the FO home page.

The Amelia River shoreline stabilization effort (assigned to Passero Associates) is funded, in part, with Parks and Recreation impact fees (Capital Expansion Fund; $300,000), through a Florida Inland Navigation District (FIND) grant, and with additional funds sought through a State of Florida Resiliency Implementation Grant (RIG; $500,000).  Andrew Holesko represented Passero in presenting a series of slides to show the current state of the planning. 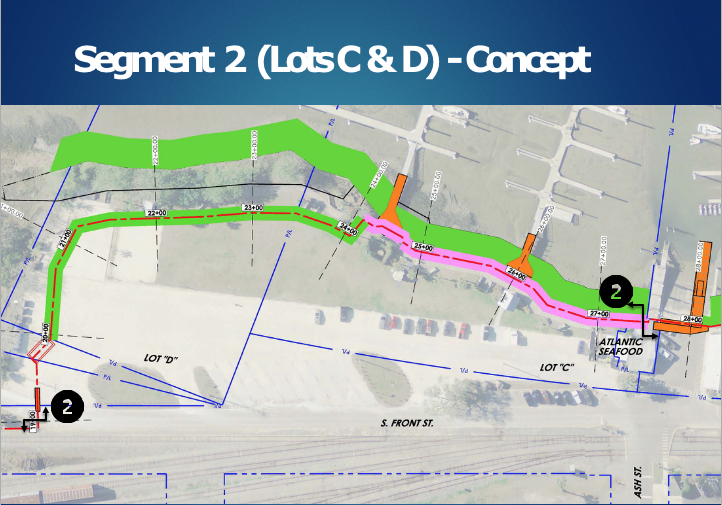 The intent is to begin at the south end of the City Marina property and progress northward.  The stabilization goal is 9.0 feet NAVD for 1.1 miles along the riverfront, which will protect the land from major storms.  The first phase will involve establishing a living shoreline, building a seawall that can also be used as seating, and a walkway. 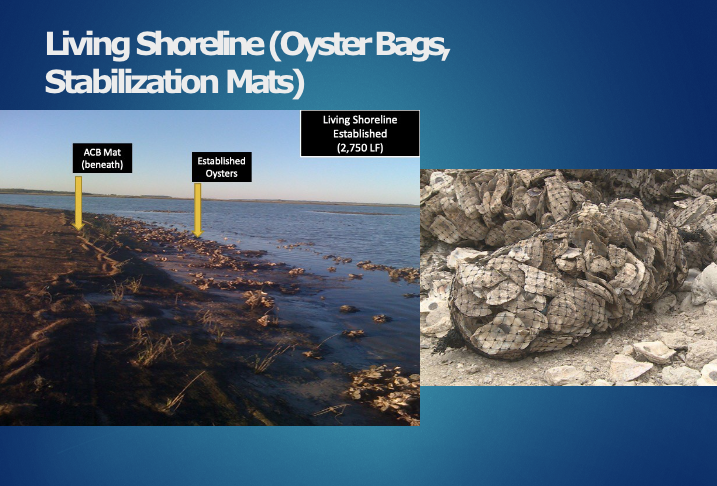 A removable “hydro door” will be installed at the lowest portion of the waterfront, where the seawall is insufficient to protect the area from flooding.  When not in use, this door will be stored unobtrusively on site. 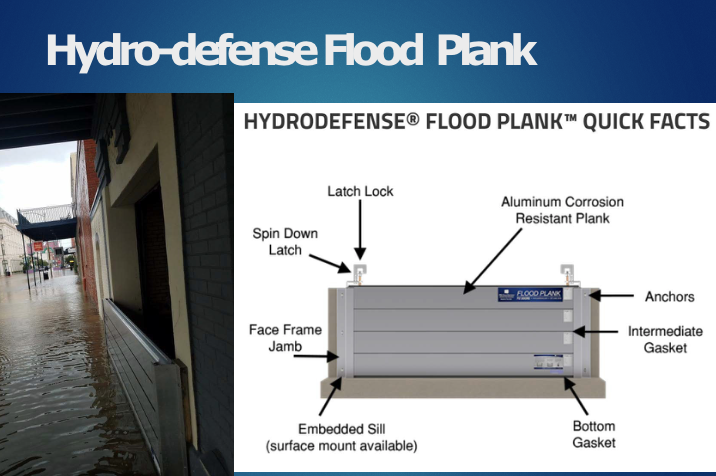 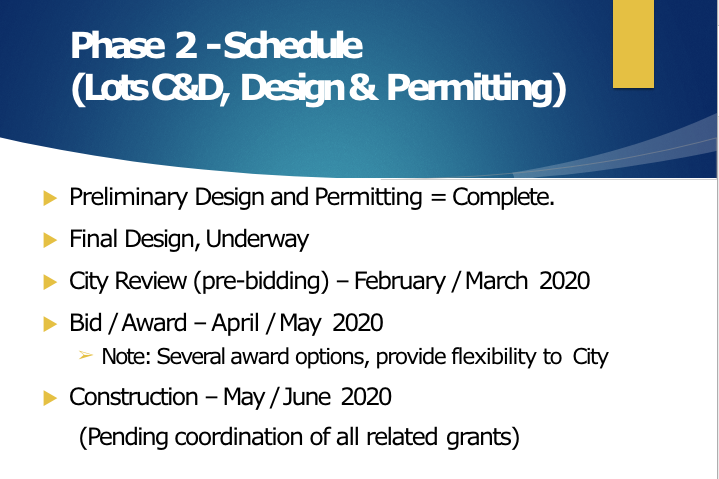 The Amelia River waterfront park design effort (assigned to Marquis Latimer + Halbeck) is somewhat intertwined with shoreline stabilization and is funded in part with Parks and Recreation impact fees (Capital Expansion Fund; $300,000) and through a Florida Inland Navigation District (FIND) grant.  Jeremy Marquis made his presentation via Zoom. 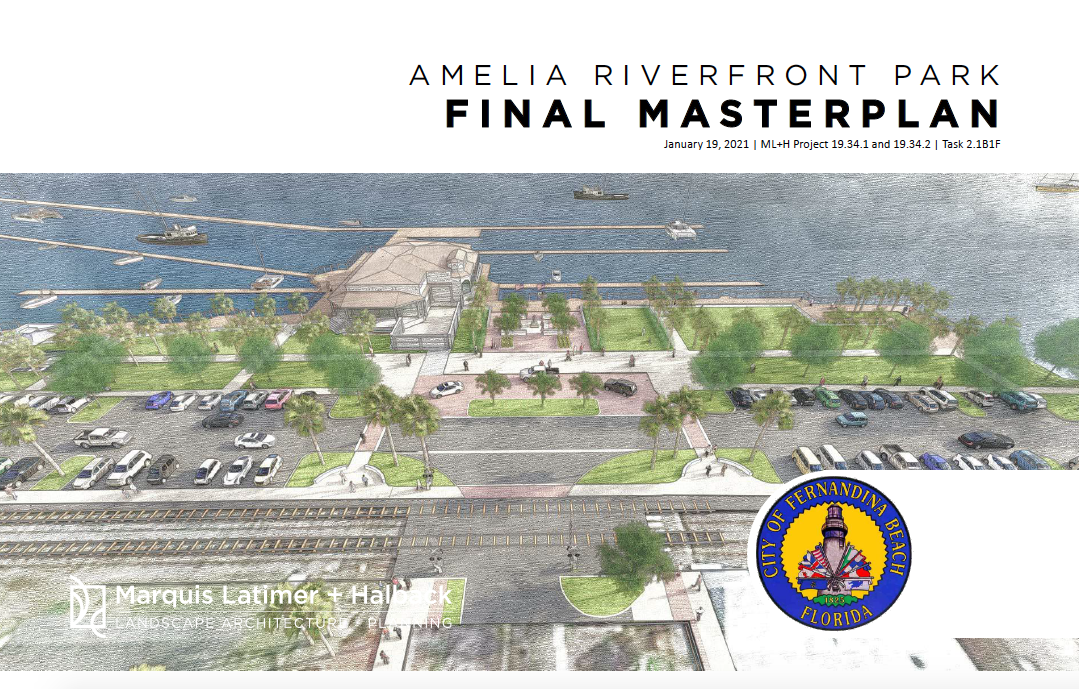 Marquis pointed out the number of changes made to the previous plan based upon input from the public and City Commissioners: 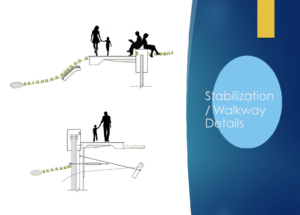 In presenting the plan, Jeremy Marquis said that the park needs to support the resiliency effort.  He stressed that the overwhelming input called for green space and areas where people could sit to watch the sunsets.

He asked Commissioners to provide him with feedback as to whether the final design has captured the community conversation.  If so, his firm can advance to design and development, including seeking grants.  He cited federal grants which his firm successfully brought in for projects in neighboring communities in Florida and Georgia.

In response to a question from Mayor Mike Lednovich, Marquis said that he would like a decision from the FBCC within 30 days so that his firm’s work can dovetail with that of Passero to provide savings to the city. 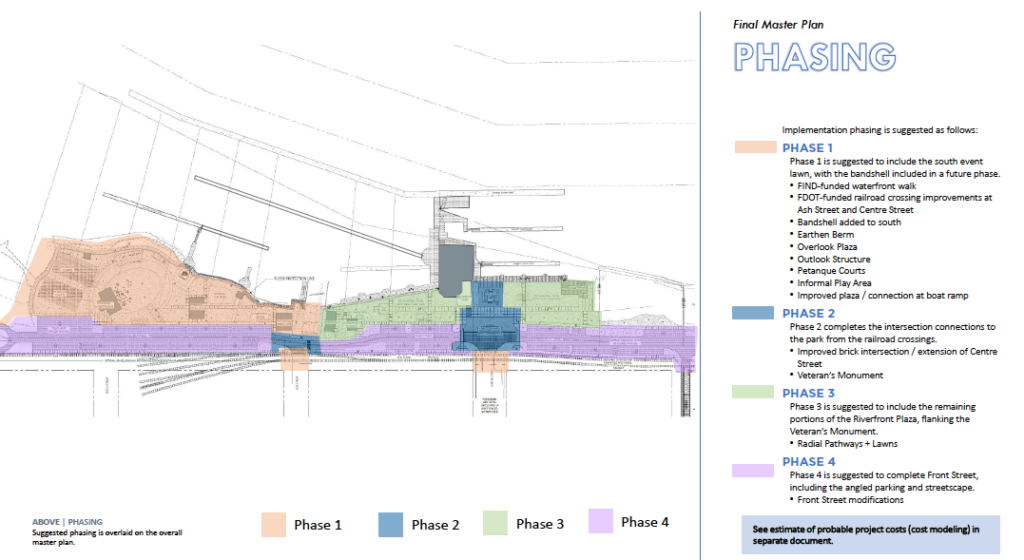 The plan for the riverfront appears to be pedestrian friendly. I’m glad they left at non-commercial.

Whoever drew in the vehicle/boat trailer parking was “not very smart”. So do they really think folks are going to pull in/back out at 90 degrees? Also, what a shame that a plan like this doesn’t highlight and prioritize our boating community with such a lack of parking for boaters with trailers.

One should remember that these are “concept plans” (and identified as such), not final engineering plans. I agree that any vehicle/trailer parking must support an adequate area for angled backing or pull-through. Our “boating community” has an expansive launch ramp and parking area up at the Dee Dee Bartels boat ramp for those professional and amateur fishermen/women who think the city facilities are not adequate.

Eliminate handicap ramps in a town of elderly people???

Sorry this wasn’t more clear. The initial design called for an elevated monument platform and viewing area, necessitating a handicapped access ramp. The redesign places the monument and viewing area at ground level, so no ramp is necessary.

All I have to say is this, FIX ALL THE CURRENT locations like this that need work FIRST, before attempting to spend MILLIONS of $$$ on the marina. I live on Calhoun Street, just West of N. 8th Street, and I have been trying to get the City of FB to replace the highly corroded culvert pipe under the roadway for approx 5 long years w/o luck. The roadway is sinking in numerous spots there, but all they do is continually FILL IT IN WITH ROAD PATCHES. I even had an article called the “Hole Story” in the News Leader on 7/3/15.

The tall curbs on the east side of Front Street were r...
wpDiscuz
6
0
Would love your thoughts, please comment.x
()
x
| Reply
Comment Author Info