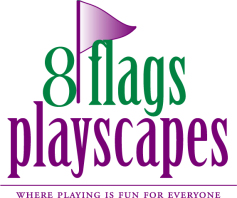 As many of you have noticed or heard, development activities have commenced at the new Simmons Road Park site. Those in the community who have followed this project from the early stages know all too well that local environmental advocates have been very concerned about what impact this park will have on this previously undeveloped property. And understandably so.

Conservation and environmental stewardship run deep through our community here in Fernandina Beach. Years of increasing development have created a deep mistrust between many of our neighbors and both the developers of property as well as the City itself which is responsible for approving and monitoring what is built. It seems that you are either on the side of the developers or you are on the side of the conservationists, and there is very little middle ground. There is certainly no cooperation between environmental advocates and those proposing development.

One of the reasons that the City first approached my organization, 8 Flags Playscapes, and asked us if we would be willing to partner on this new park project is that we have a proven history of excelling at bringing people from all ends of the spectrum together to achieve a common goal. We did this first at Pirate Playground, and then again several years later at Egans Creek Park. As the discourse between our friends and neighbors that were “for” this park and those that were “against it” grew increasingly negative, we as an organization realized that we needed to make a change if we were to find common ground to help bring the community back together.

A conversation several months ago with current candidate for City Commission Alexandra Lajoux inspired both of us to see what would happen if we tried to bring some of the passionate environmental advocates in our community to the table and asked “where is there room for improvement in the current design.” This might seem like an obvious scenario to some of you, but trust me, this is something that is unprecedented and quite frankly never happens in the development of properties here in Fernandina Beach. The interesting thing is that in coming up with creative ideas together, neither party had to “give up” anything. The project only got better. What an amazing thing.

Here are just a few changes that have been made to the design of the park since we sought input from our friends in the environmental realm:

8 Flags Playscapes is committed to providing complete transparency to our friends and neighbors as this project continues with development. If anyone in the community has questions, concerns, or even ideas of how we can make this project even better please don’t hesitate to contact me at any time. My email is benjamin@cotnerassociates.com.

I am truly impressed with your commitment to work with conservationists and their willingness to work with you. We all win with collaboration.

Benjamin, thanks for the update and the willingness to consider alternative suggestions from others that were delivered in a respectful way. Many of those opposed to this park like myself were not opposed to having an accessible park in this area, but were opposed to taking an undeveloped tract when we believed there were alternative sites where the playground and parking could be constructed without near the environmental and financial impact this one will have – albeit now at a reduced level. We lost that decision as a result of the split city commission vote and it’s time to move forward.

I know the community appreciates the leadership and financial efforts of 8 Flag Playscapes at Pirate’s Playground, Egan’s Creek park and now this location. Best wishes in the completion of the park.

Thank you for your outreach,persistence, and follow-through in pursuing a vision of collaboration, Benjamin. Kudos to leading environmentalists for your willingness to rise above our bitter disappointment and to share your deep expertise. I am humbled to be a part of this miraculous outcome.

This is what it looks like when people work together. I’m so proud to be part of this community Thanks, Benjamin Morrison, I know from experience how caring and talented you are. All who are involved in this project are an asset to Fernandina Beach. Thank you!

Decomposed granite is not specifically prohibited for use as an accessible surface.

As per 2010 ADA Standards for Accessible Design described at 302.1 General:

“Floor and ground surfaces shall be stable, firm, and slip resistant and shall comply with 302.”

My understanding is that ecomposed granite is not usually considered to be stable and firm.

And there is the matter of adequate maintenance…

Hi Barbara. I believe there are several different “decomposed granite” products out there. The one that has been specified for use on this project does in fact have ADA and ASTM standards approval. If you are interested in seeing the certificate, here is a link:

Alexandra Lajoux’s role in this should not be underestimated. It was her demonstrated objection to the park at the City Commission meeting that approved it that led Morrison to contact her seeking environmental community participation in making the park more attractive to conservationists. Alex organized the group that held a virtual meeting with Morrison to get the ball rolling and has meticulously followed up the initial discussions. Recognition should also be given to City Manager Dale Martin for his encouragement of the environmental connection and assistance in working around various issues.

Let’s hope that this collaboration between conservationists and developers is part of the new normal. Let’s hope the City Council learns from this, that is, a strong conservation model should be employed in every new development so that we don’t have to go through this antagonism again.