A Concert Dedicated to the Memory of Susan Wilson Goldman

March 31st at 7:30 PM at the Amelia Plantation Chapel

“Thanks to Susan’s leadership, energy and enthusiasm The Festival has grown to become a signature event for Amelia Island bringing internationally acclaimed artists to our community,” said Emma Mills Bledsoe, President of the Amelia Island Chamber Music Festival’s Board of Directors. “To say she will be missed is an understatement, but her legacy lives on, and we are forever thankful for her inspiration and support of the arts community. It is genuinely our pleasure and appropriate to honor Susan by dedicating the performance of the talented Danish String Quartet to her memory,” added Ms. Bledsoe. 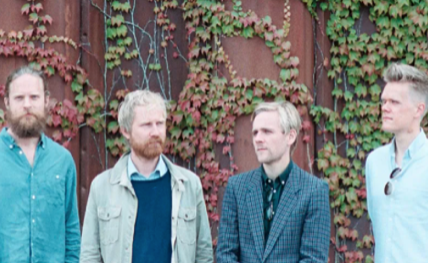 About the Danish String Quartet

Among today’s many exceptional chamber music groups, the Grammy nominated Danish String Quartet continuously asserts its preeminence. The Quartet’s playing reflects impeccable musicianship, sophisticated artistry, exquisite clarity of ensemble, and, above all, an expressivity inextricably bound to the music, from Haydn to Shostakovich to contemporary scores. Performances bring a rare musical spontaneity, giving audiences the sense of hearing even treasured canon repertoire as if for the first time. The Quartet is the recipient of many awards and prestigious appointments, including Musical America’s 2020 Ensemble of the Year and the Borletti-Buitoni Trust. The evening’s program will include Britten: 3 Divertimenti and Schubert: “Death and the Maiden.” For tickets and more information visit  www.aicmf.org or call 904.261.1779.

For information and tickets visit:  AICMF.ORG.