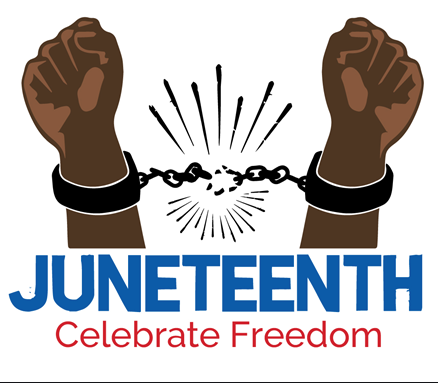 Recently news media have pointed more attention than usual to Juneteenth:  June 19th — most likely because it was the date originally selected — and then changed — for a Trump rally in Tulsa, OK this month.  But what exactly is Juneteenth and what does it represent in American history?  And are there any historical parallels in Fernandina Beach?  You might be surprised.

Juneteenth — a combination of “June” and “nineteenth” — is an American holiday that memorializes June 19, 1865, when Union General Gordon Granger read orders in Galveston, Texas, that all previously enslaved people in Texas were free.  It is also known as Freedom Day, Jubilee Day, and Cel-Liberation Day.  It is recognized as the oldest known celebration honoring the end of slavery.

According to the website juneteenth.com, “Today Juneteenth commemorates African American freedom and emphasizes education and achievement. It is a day, a week, and in some areas a month marked with celebrations, guest speakers, picnics and family gatherings. It is a time for reflection and rejoicing. It is a time for assessment, self-improvement and for planning the future. Its growing popularity signifies a level of maturity and dignity in America long over due. In cities across the country, people of all races, nationalities and religions are joining hands to truthfully acknowledge a period in our history that shaped and continues to influence our society today. Sensitized to the conditions and experiences of others, only then can we make significant and lasting improvements in our society.”

Although the Emancipation Proclamation had formally freed the slaves in rebelling states  almost two-and-a-half years earlier, and the American Civil War had ended with the defeat of the Confederate States in April 1865, Texas was the most “remote” of the slave states, with a low presence of Union troops, so enforcement of the Proclamation had been slow and inconsistent.

“The people of Texas are informed that, in accordance with a proclamation from the Executive of the United States, all slaves are free. This involves an absolute equality of personal rights and rights of property between former masters and slaves, and the connection heretofore existing between them becomes that between employer and hired labor. The freedmen are advised to remain quietly at their present homes and work for wages. They are informed that they will not be allowed to collect at military posts and that they will not be supported in idleness either there or elsewhere.”

Neither the end of slavery nor the war were confirmed until Union troops arrived in each locality to deliver the news, with a slow ripple effect from east to west. The first recorded celebration of the end of slavery in Florida dates to 1867.

Since 2002, there has been a May 20 commemoration in Tallahassee on the steps of the Knott House, where the proclamation was read. Only three states do not recognize Juneteenth: Hawaii, North Dakota, and South Dakota. Juneteenth was recognized as a state holiday or special day of observance in Florida in 1991.

The situation in Fernandina

But, as with many other aspects of history, acknowledging the end of slavery was a bit different here in Fernandina, which had been under Union occupation during most of the Civil War.

Local history has it that the only white minister who did not flee Fernandina with the Union takeover of Fort Clinch and the city was Rev. DeForrest of the Methodist Church.

A writer who only identified himself as “an Occasional Correspondent” for the Boston Semi-Weekly Advertiser, found himself and his reports delayed in Fernandina as he awaited steamer transportation back North in spring of 1865.  He wrote on March 1, 1865, “Sunday services are held only in the Methodist church.  Rev. Mr. DeForrest (white) officiates.  The congregations average about 250, and are attended by few people.  The colored people are constant and devout worshippers.  The women come to church arrayed in turbans in which all the colors of the rainbow are represented and commingled.  Their singing is after the congregational manner; the hymn being read two lines at a time by the minister.  I regret to say that it disappointed me.  Yet when the colored people sing their own songs and an enthusiastic colored sister lelads, as I have heard one on a Sunday morning, with a chorus of 200 male and female voices on the refrain, the effect is grand.”

The writer included the report below dated February 13, 1865:

“Yesterday, Sunday, was a fine warm day.  Rev. DeForrest read General Sherman’s order [Special Field Orders Number 15], concerning the negroes, from the pulpit at the conclusion of the morning services.  The house was crammed.  Three hundred colored people and about thirty whites present.  After the doxology, “Praise God from whom all blessings flow,” had been sung by the whole congregation, and the benediction pronounced, an enthusiastic colored sister sung out —

“And so on.  I give the words as nearly as I could catch them.  The effect, with a chorus of two hundred voices, was absolutely thrilling.  The order of General Sherman, alluded to is the subject of discussion by everybody.  The colored people don’t exactly understand it, and the whites can with difficulty comprehend it.  On this island there are about 950 colored persons.  By the terms of the order they are allowed to remain in Fernandina and pursue “their accustomed vocations.”  Yet it is probable that they will go out to other parts of the island, and become possessed of plantations.”

This occasion predates Juneteenth by four months; it also predates official recognition in Tallahassee of the end of the war.

Information below comes from Wikipedia:

“Sherman’s Special Orders Number 15 provided for the confiscation of 400,000 acres of land along the Atlantic coast of South Carolina, Georgia, and Florida and the dividing of it into parcels of not more than 40 acres on which were to be settled approximately 18,000 formerly enslaved families and other black people then living in the area.

“The orders were issued following Sherman’s March to the Sea. They were intended to address the immediate problem of dealing with the tens of thousands of black refugees who had joined Sherman’s march in search of protection and sustenance, and “to assure the harmony of action in the area of operations”. His intention was for the order to be a temporary measure to address an immediate problem, and not to grant permanent ownership of the land to the freedmen, although most of the recipients assumed otherwise. General Sherman issued his orders four days after meeting in Savannah, Georgia with twenty local black ministers and lay leaders and with U.S. Secretary of War Edwin M. Stanton. Brig. Gen. Rufus Saxton, an abolitionist from Massachusetts who had previously organized the recruitment of black soldiers for the Union Army, was put in charge of implementing the orders.

“The orders had little concrete effect, and President Andrew Johnson issued a proclamation that returned the lands to southern owners that took a loyalty oath. General Saxton and his staff at the Charleston SC Freedmen Bureau’s office refused to carry out President Johnson’s wishes and denied all applications to have lands returned. In the end, Johnson and his allies removed General Saxton and his staff, but not before Congress was able to provide legislation to assist some families in keeping their lands.

“Although mules are not mentioned in the orders, they were a main source for the expression “forty acres and a mule”. A historical marker commemorating the order is in Savannah, near the corner of Harris and Bull streets, in Madison Square.”