Matilda the Musical opens at Amelia Community Theatre on April 14

Amelia Community Theatre presents Roald Dahl’s “Matilda the Musical” on its Main Stage for eleven performances between April 14 and May 1. 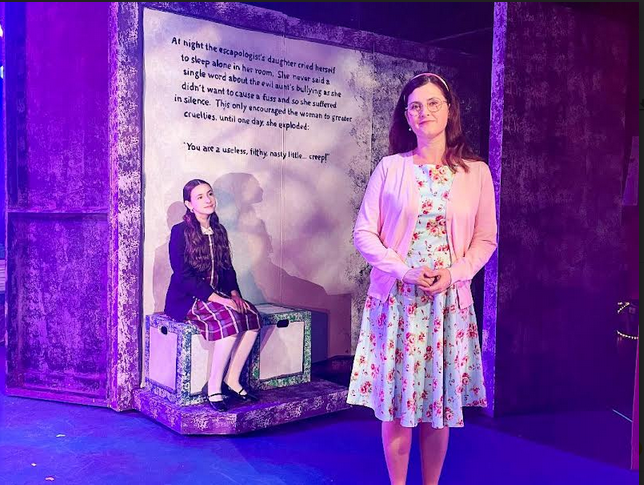 With a clever story, catchy songs, and energetic dance numbers, this musical tells the story of an extraordinary young girl with a love of learning, a vivid imagination, and the courage to stand up to injustice.  Matilda also has the special ability to move objects with her mind.  She uses her talents and skills to overcome parents who ignore her and the cruel headmistress at her school who punishes her for being bright.

“Matilda the Musical,” based on Dahl’s 1988 award winning book, Matilda, is written by Dennis Kelly with music and lyrics by Tim Minchin.    After opening in London’s West End in 2011, and winning seven Olivier Awards, it opened on Broadway in 2013, winning five Tony Awards.

The show is directed by Geoffrey Moss, who is also ACT’s Technical Director, and choreographed by Susie Dodge, president of Amelia Island Dance Festival.

Roald Dahl’s “Matilda the Musical” is rated PG for fantasy and intense situations and may not be suitable for children younger than eight.  For those affected by lighting, please note that strobe lights are used during performances.    The theatre encourages patrons to allow extra time for parking during Easter and Shrimp Festival weekends.