In the Reconstruction era between 1865 and 1870, three amendments to the Constitution would right past wrongs and free slaves, give citizenship to former slaves and give African American men the right to vote.

During that time, referred to as the “Negroes’ Hour,” the women’s suffrage movement was active, but not always welcoming to Black women who also sought voting rights. 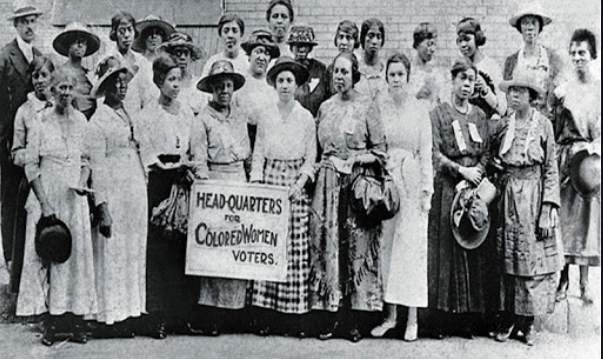 In a virtual session held Aug. 18, the day women won the right to vote 100 years ago, two University of Florida academics shared the stories of several African American women heroes who not only sought the vote but also were fighting for justice and equal rights on other fronts.

“African American women were very much involved in the fight for women’s suffrage, though their political activism, as well as engagement and significant reform efforts, are sometimes overlooked,” said Lady Dr. Dhyana Ziegler, immediate past chair of the Florida Commission on the Status of Women, who moderated the discussion.

“On this day we stand upon the shoulders of giants,” Dr. Ashley Preston, who teaches at UF and has written three books about African American women’s activism, told the group of 270 viewers. “There’s little knowledge unless you really go out and seek it on these women and the impact that they have had all over the world.”

Dr. Sharon Wright Austin, author and Political Science professor at UF, shared the story of Ida B. Wells Barnett. Born a slave, Wells Barnett was a teacher fired from her job after criticizing conditions in schools in 1891. She would go on to start a newspaper in Memphis. Writing under the pen name Iola, she would decry the lynching of her friend and two other men and, after editorializing on the subject, her offices was burned to the ground and she moved to Chicago to continue her activism, becoming one of the co-founders of the NAACP.

Another crusader highlighted by Austin was Mary Church Terrell, born in 1863 to former slaves in Memphis who would later become wealthy, she was one of the first women to earn a college degree. She, as well as Wells Barnett, were founders of the National Association of Colored women in 1896. With her light skin, she was able to pass for white. Not, said Austin, to gain advantages for herself “but so that she could create greater links between Black and white women. She knew that bypassing for White that sometimes a White woman would be more comfortable saying things to her that they would never say to a Black woman.”

Closer to home, Preston told the group about Mary McLeod Bethune, who started a private school for African American girls in Daytona Beach, which ultimately evolved into coed Bethune-Cookman University.