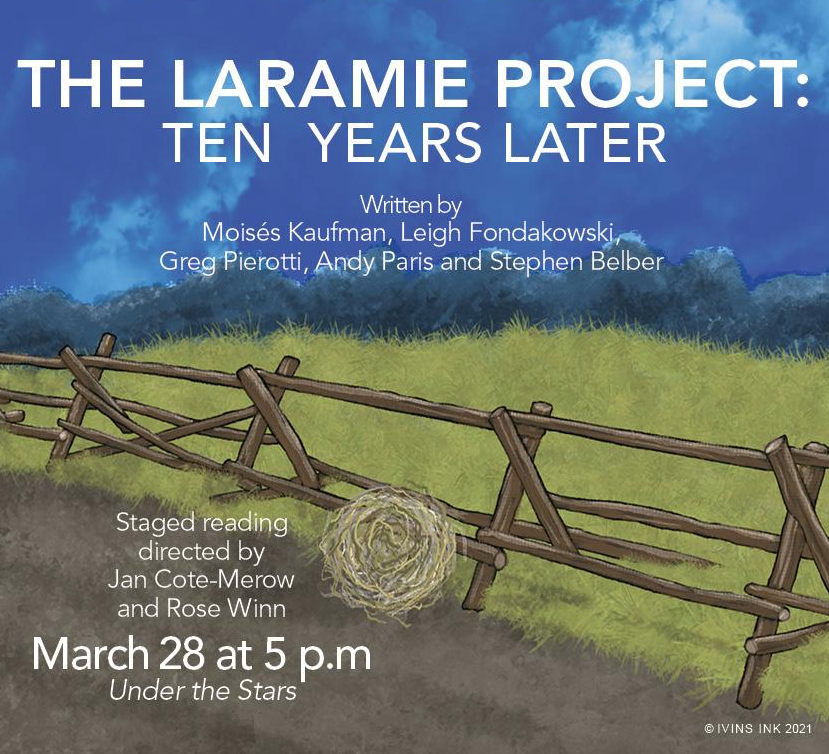 The Laramie Project: Ten Years Later, is a staged reading of follow up interviews, ten years later, on the senseless murder of a gay student, Mathew Shepherd, in Laramie, Wyoming in 1998. Community and media reaction is captured in the comments of residents of the town who reflect on if and how, the town has changed in the ten years since this brutal event.

Due to sensitive content, this production is suggested for mature audiences only.

A first play, The Laramie Project, based on interviews done immediately following the crime, was produced at AMP and directed by veteran Jeff Goldberg several years ago.

Our current production is thought provoking, disturbing, affirming and hopeful.

This will be presented on our outdoor stage so bring a blanket or chair to sit on. No reservations required, pay what you can at the door ($10 suggested).