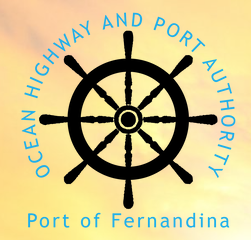 Relationships between Fernandina Beach and the Port have been rather tense in recent years, so this year the city put together what’s called a local bill that makes changes in law just for one locality.

The bill had strong support in the Legislature thanks to lobbying by city leaders, residents and State Sen. Aaron Bean and State Rep. Cord Byrd. That brought Port negotiators back to the table in a friendlier mood.

Bottom line: no more can the Port assert that it can impinge on the Historic District however it wishes.

Note that the Port does own real estate that is outside the traditional, original port footprint. This vacant property will certainly be subject to future development, as the port will always be attempting to expand however it sees possible. Any attempt to hold the port within it’s original agreed development must be aware of these out parcels that are in, and can affect the Historic District.

Chuck is exactly right. The glaring loophole in the Interlocal Agreement described is that the port will not expand “into the historic district”. Not only does the port own vacant land outside the district, there are additional parcels ripe for the picking, on which the port is interested in expanding the existing footprint.

Can the Port expand into the Historic District if it gets a simple majority of the city commissioners to agree? if yes, that could be problematic. Any potential expansion should require a super majority of 4 to 1 or 5 to 0.